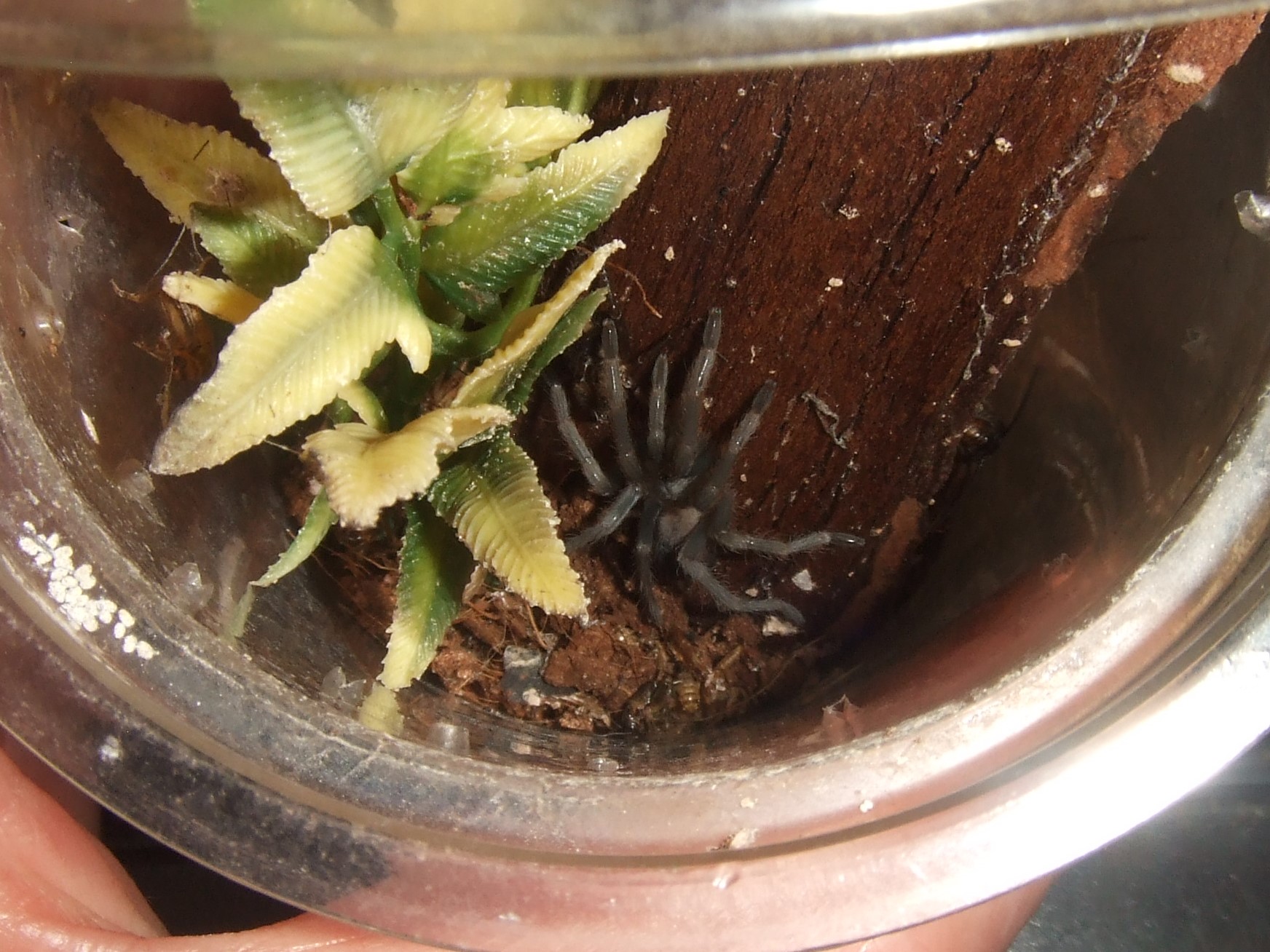 Grats on the new moult.
Just a heads up. Every time you start a new thread for a moult the moderators have to move it.
If you could add it as a reply to the other thread it would save them a job
It’s in the pinned threads on the general discussion (where you liked Nunuas picture of her H Himalayana moult) 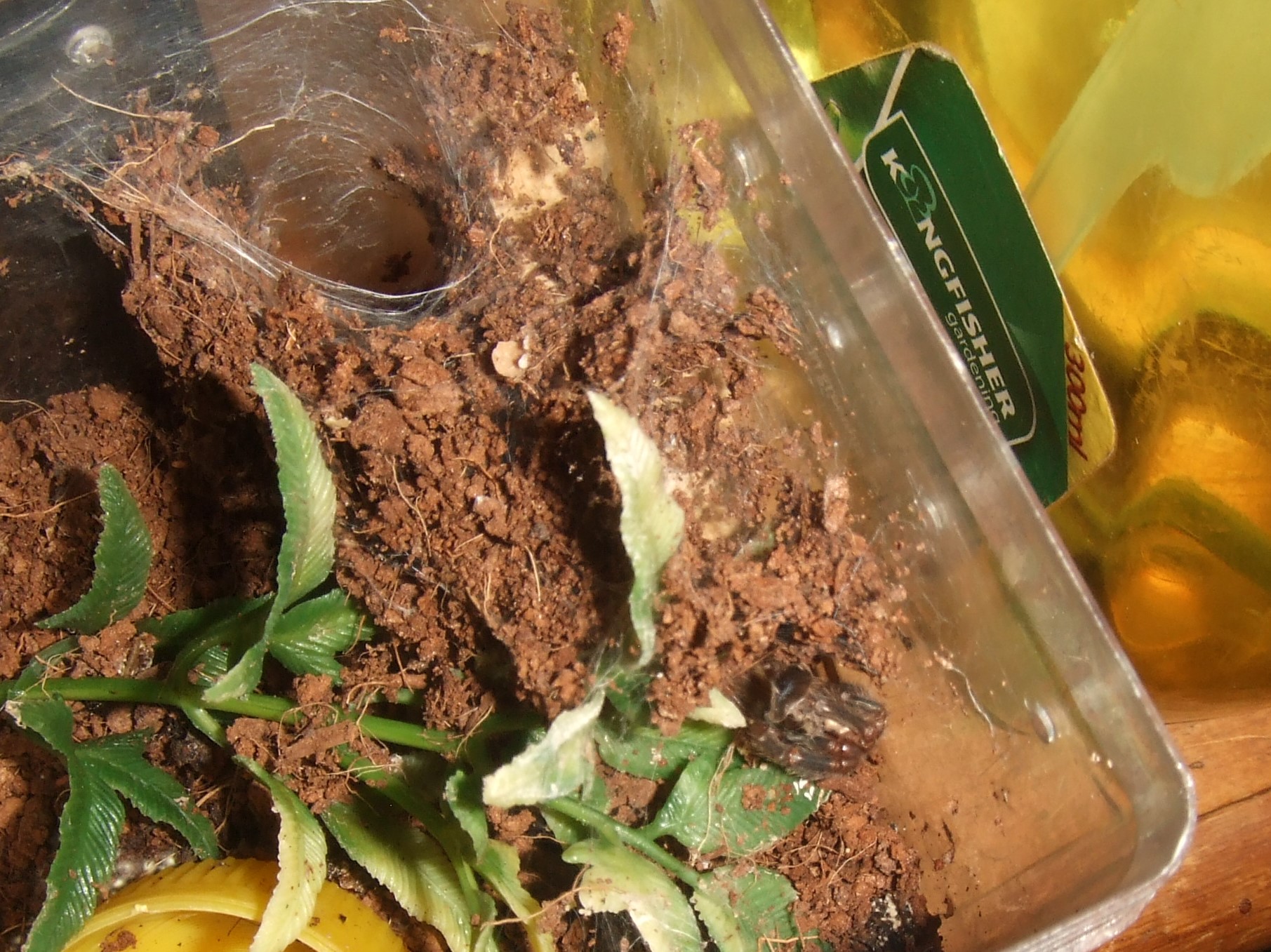 I wish I was able to get pictures yet, Jan. 11, my gorgeous Pink Toe molted a second time since I have brought her home. This May will be one year since I've brought her home. Going to wait one more week before introducing food to her for two weeks healing time. Yet I am thrilled and wanted to share...I would love to have a Red Knee yet my other house guests aren't as crazy about spiders as I am. LOL... 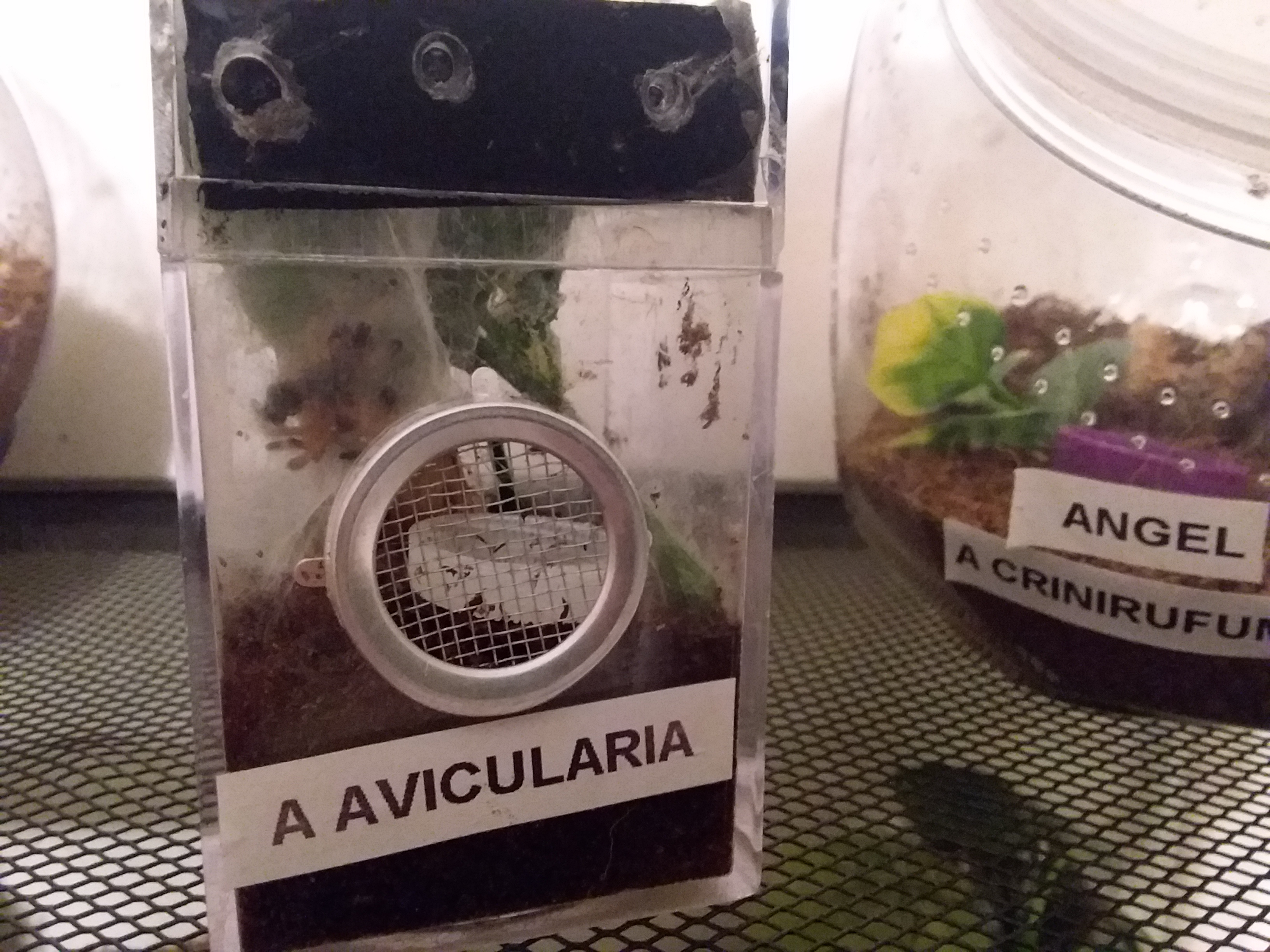 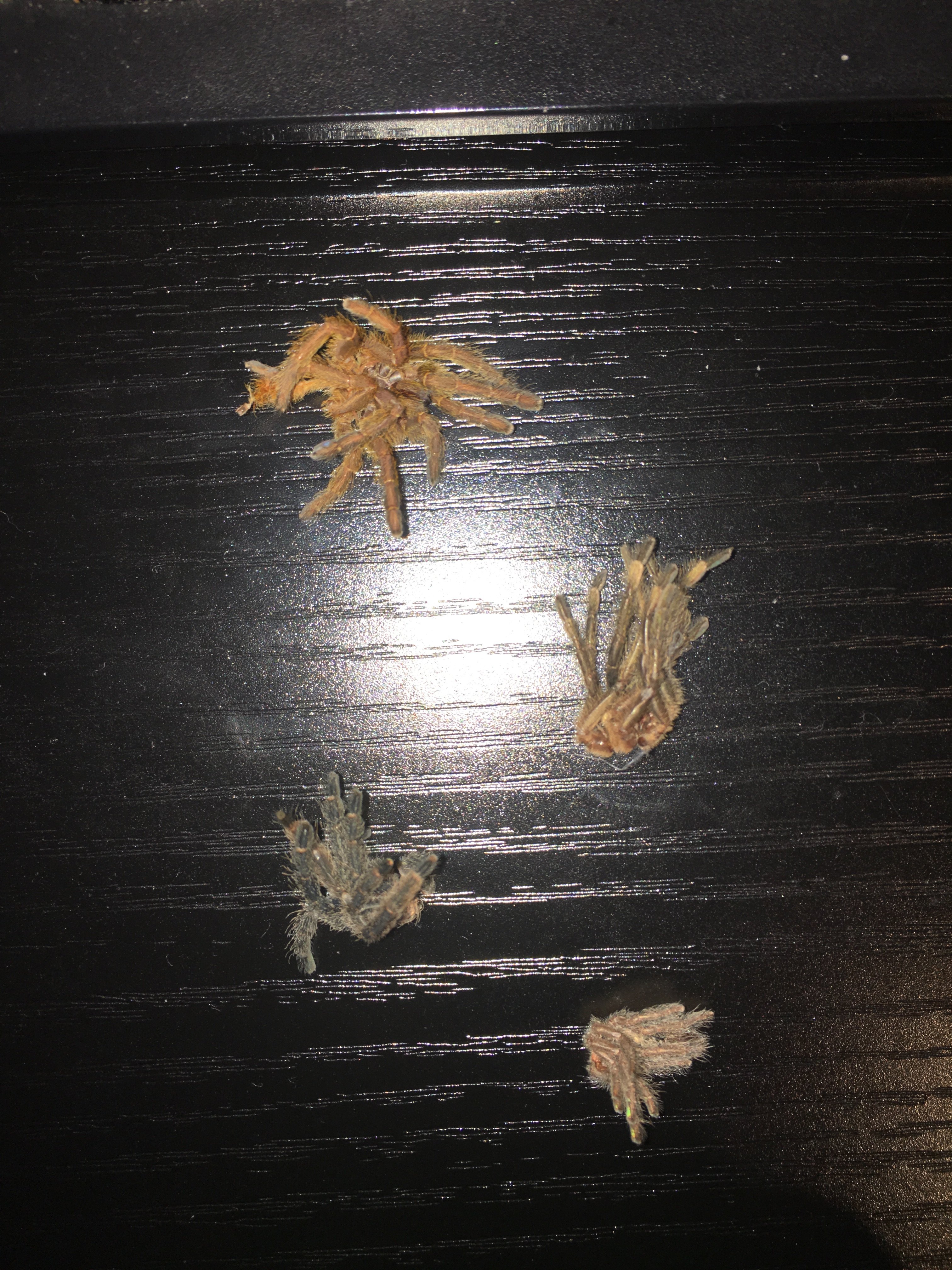 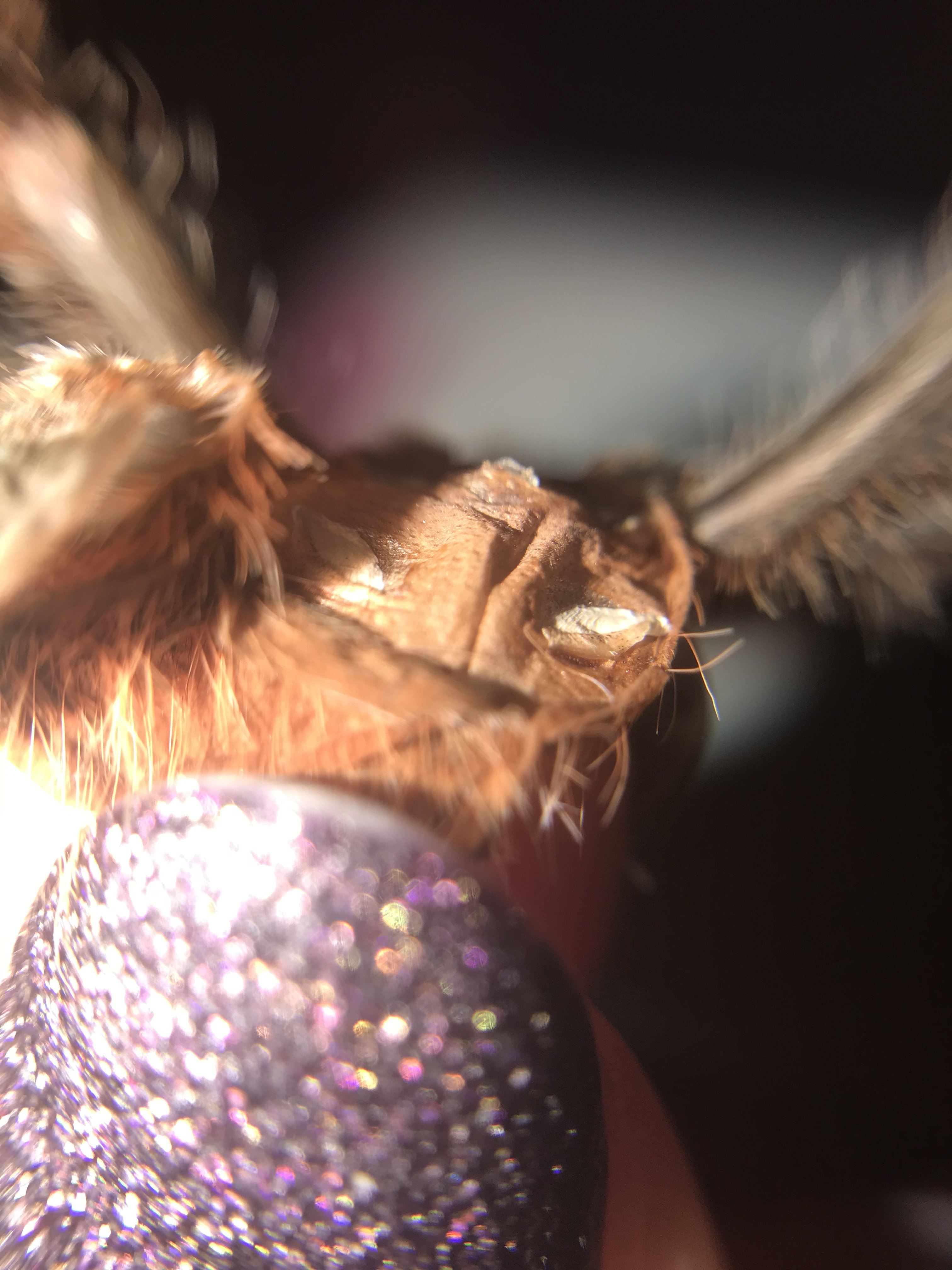 Arachnoclown said:
I thought I'd start a new thread for people to share stories and pictures of their Tarantulas that have recently molted. I woke up to two this morning...View attachment 28565
My 3" suspect male Poecilotheria regalis "Indian ornamental " with his new suit. His name is "Alice"View attachment 28566My teeny tiny Iridopelma hirsutum "Amazon ribbed" sling...3rd instar I believe. He was the runt of the group...glad he finally molted. His name is "Thing 5"
Click to expand...

Tarantula Club Member
Yeah she looks so colourful.u need one.

James1975 said:
Yeah she looks so colourful.u need one.
Click to expand... 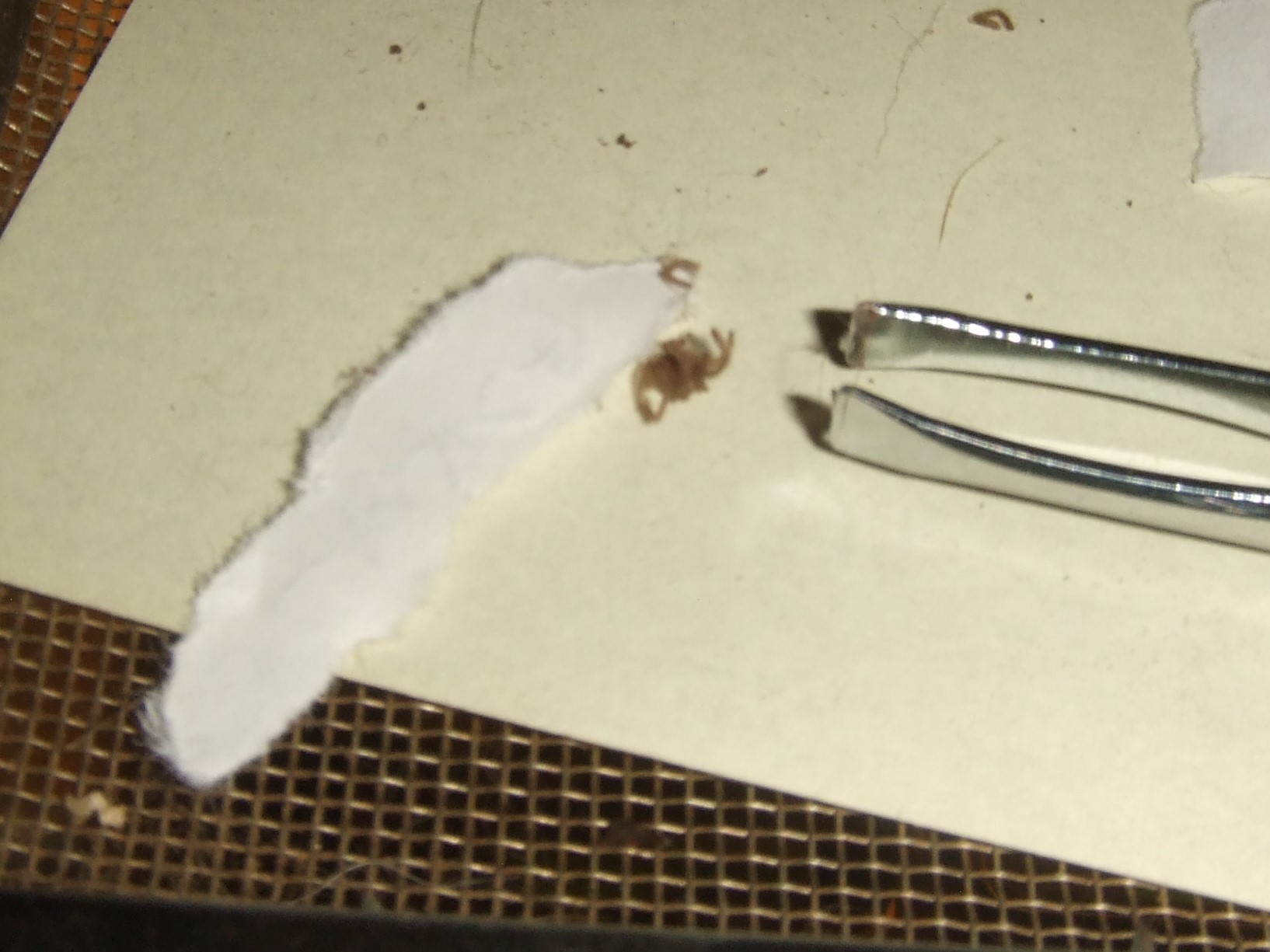 1,000+ Post Club
83 days since it's last moult, my 2 cm(ish) B auratum moulted today and something didn't look right. This is the first photo I took (so I could zoom in as I find these tiny slings hard to see with the naked eye lol) 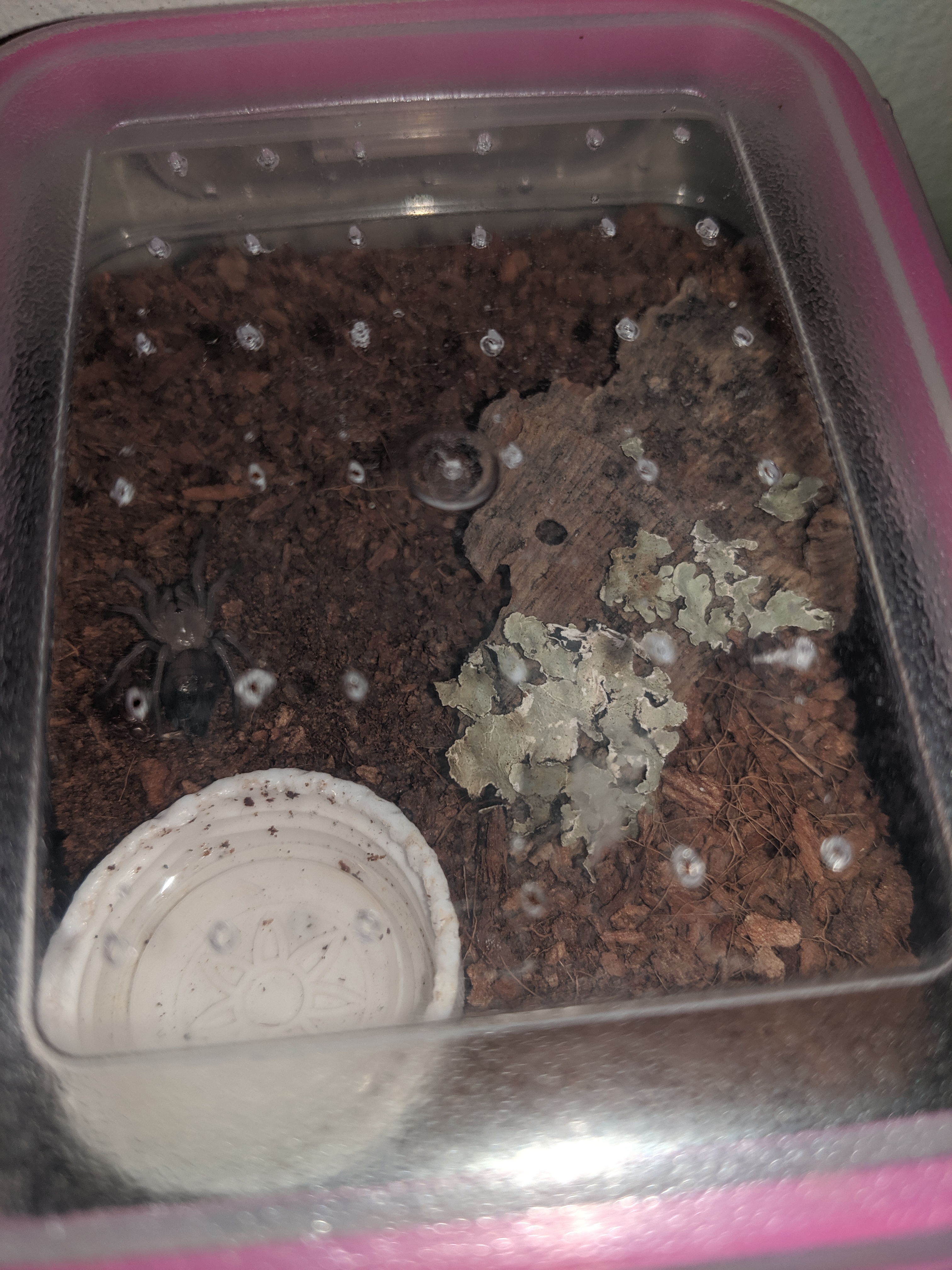 For a second, I thought the shiny stuff at the top of the abdomen was fluid, plus the photo appeared to make the abdomen itself misshapen. I took another photo (below) which showed the abdomen was ok but there was a bit of the moult stuck to the top. 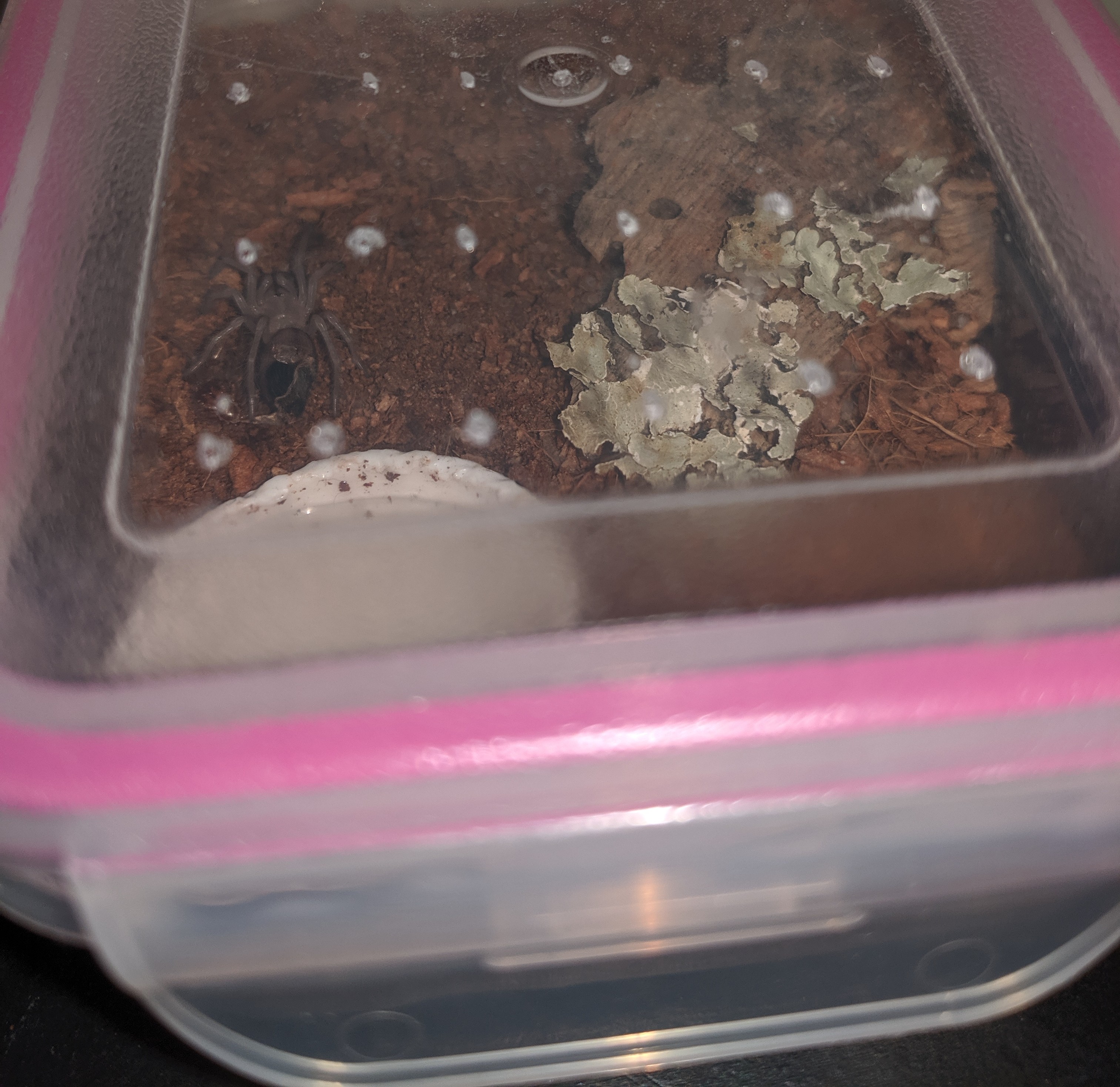 It moved a little and dragged it with it, so definitely stuck. Now, I realised I could've waited to see if it would detach by itself but I felt I could get it off with a wet paintbrush without damaging the sling. Lucky for me, it wasn't a difficult procedure. 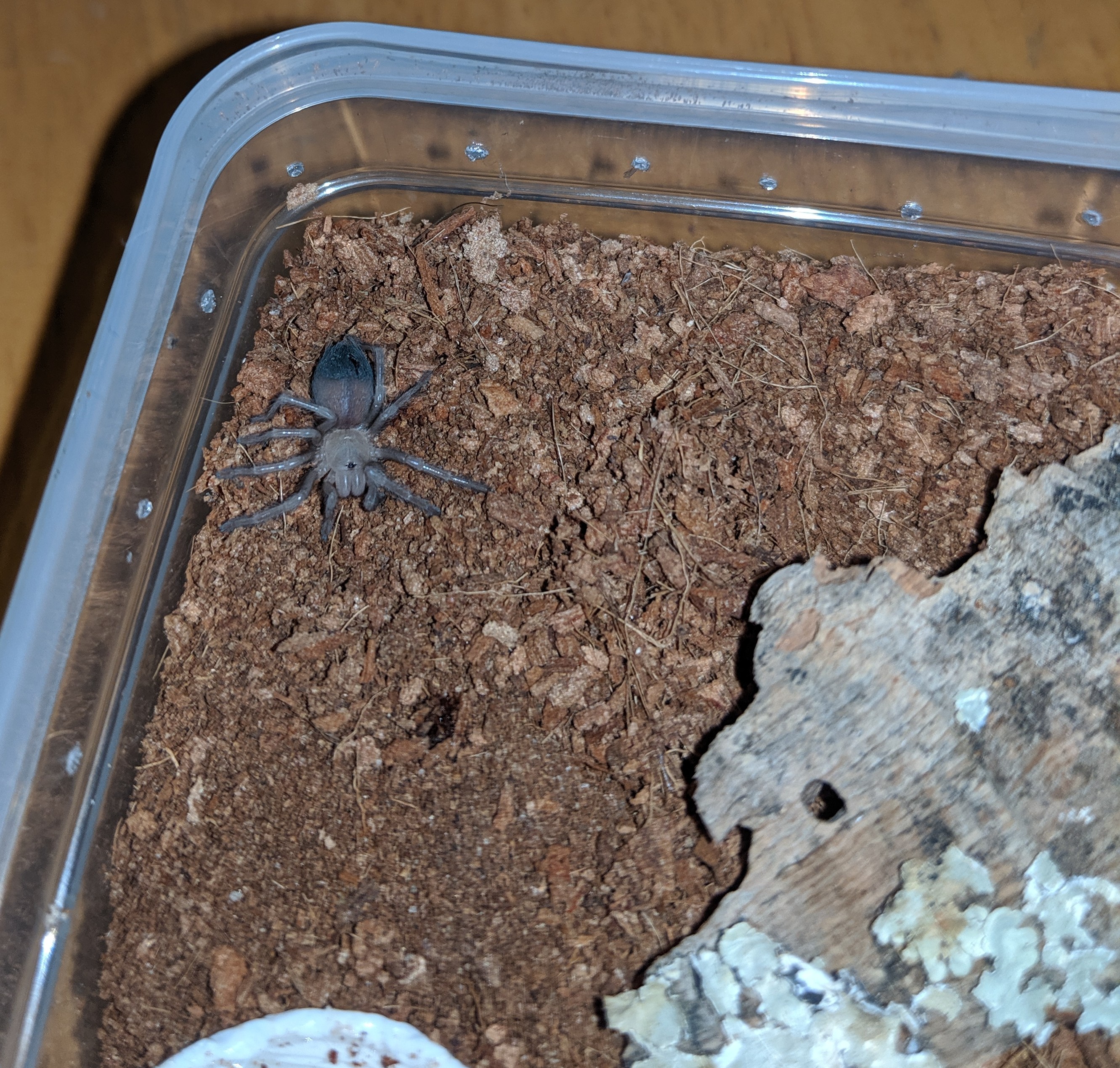 As you can see, there's still a tiny bit stuck, but I'm going to leave it be.

I'm pondering the reason why this happened and my theory is that usually when my slings that I keep mainly dry are in premoult, I make sure a good corner of the substrate is kept more moist than usual and I don't let it dry out like I normally do. However, I had to replace this little guy's water dish a while back and all I had to hand was a bottle top that is completely oversized for this enclosure. Due to having this huge water dish (which I will get round to replacing!) I wasn't as diligent at moistening an area of substrate as I felt it wasn't necessary.

I understand humidity isn't necessary for moulting as such, as internal fluids do the work, but after observing the behaviour of some of my T's in premoult, particularly my B smithi, I'm becoming convinced that external moisture can play a role in softening the exoskeleton and keeping it supple (maybe not the right word but you know what I'm getting at), and my B smithi definitely seems to know this. The last premoult it spent 3.5 weeks hovering over the moist side and as soon as it moulted it went straight back to the dry side and showed no interest in the moist area. It is in premoult again and doing the same. As always, if anyone has a better theory for this I'm genuinely all ears!

My new Mexico, t kahlenbergi (Gomez) molted yesterday and my account I dont have to rename him. Unless I'm missing something. 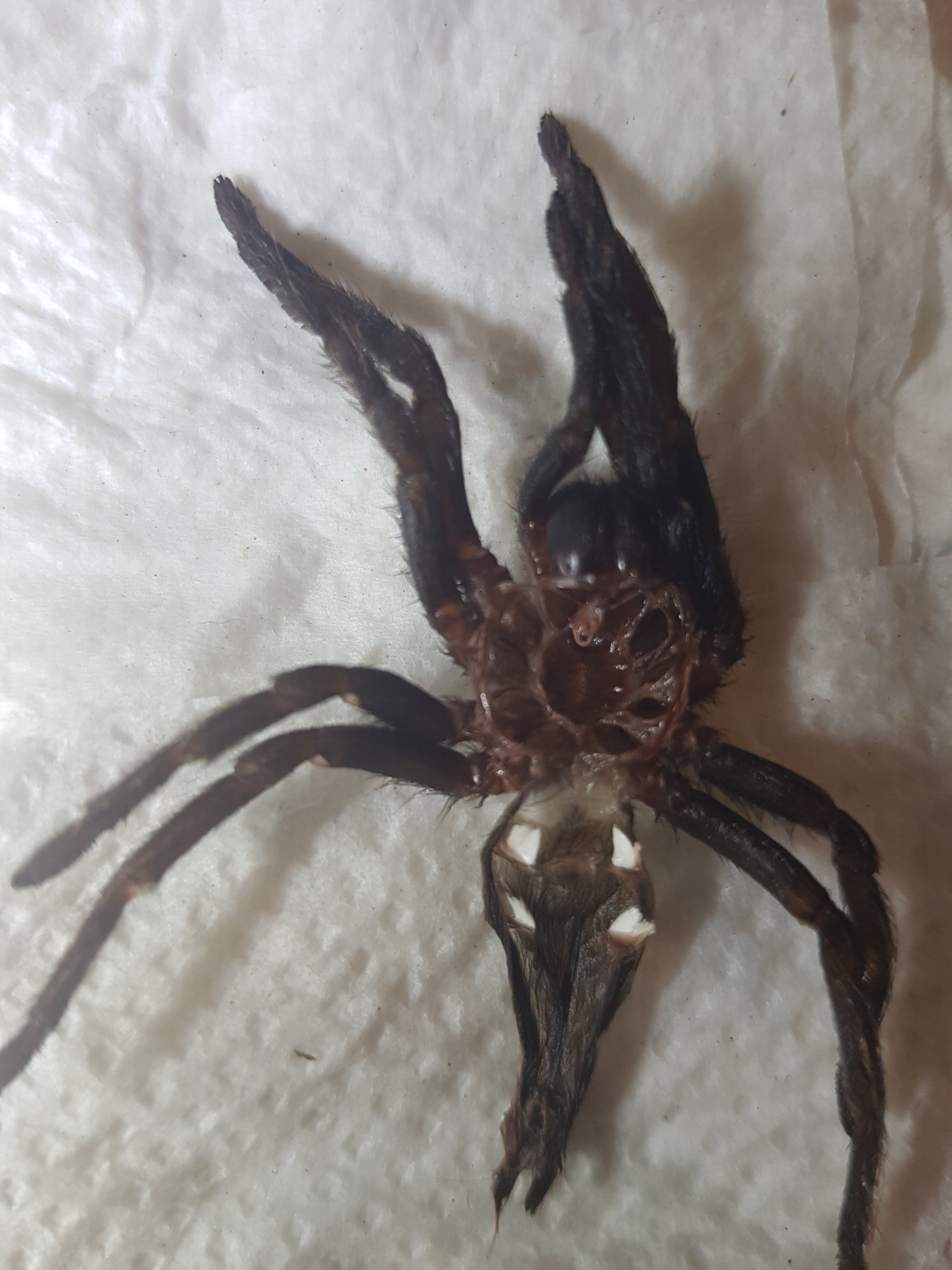 Staff member
1,000+ Post Club
3 Year Member
Tarantula Club Member
I found 3 moults tonight but they could have happened over the last few days, none were very fresh. 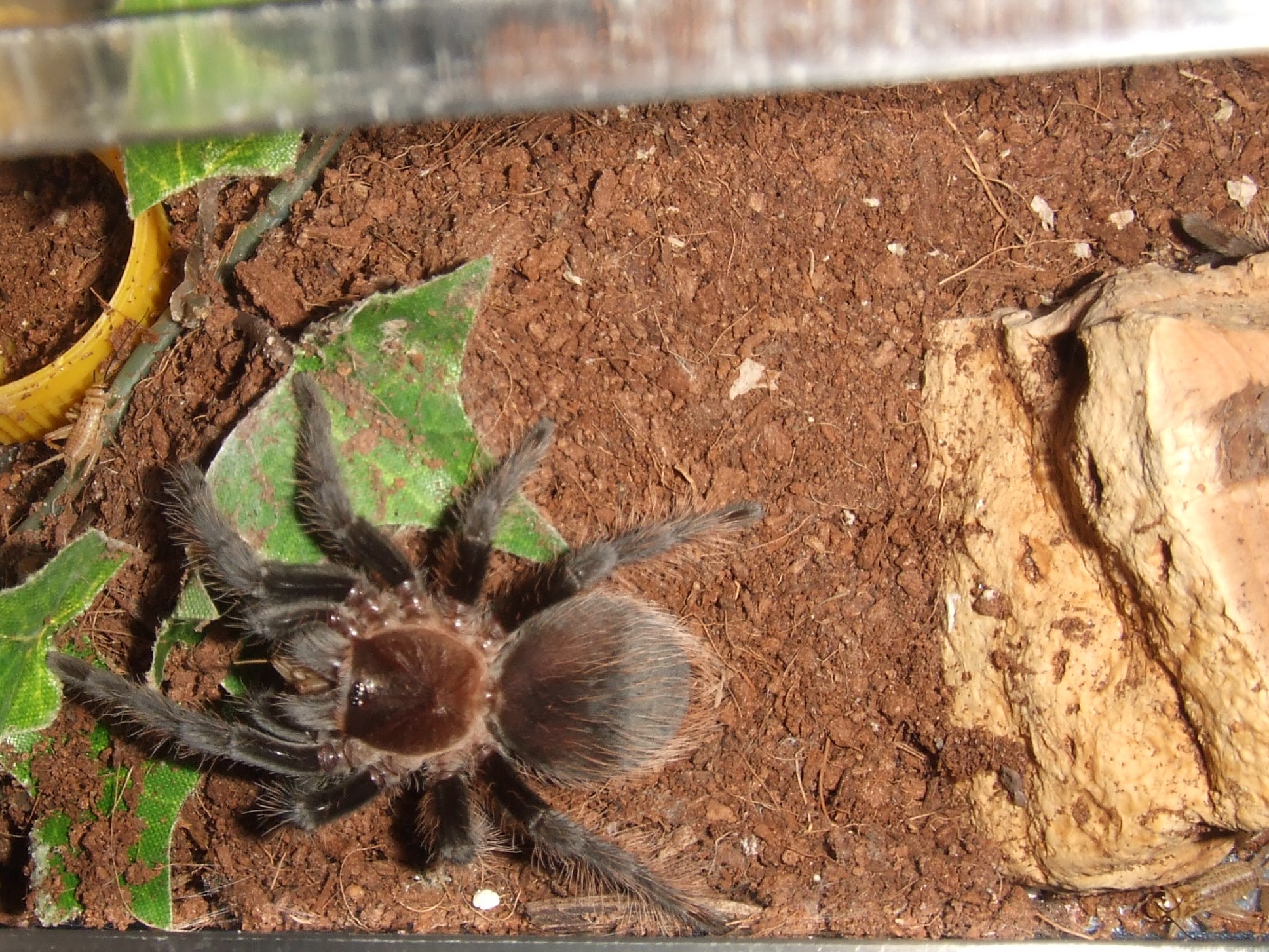 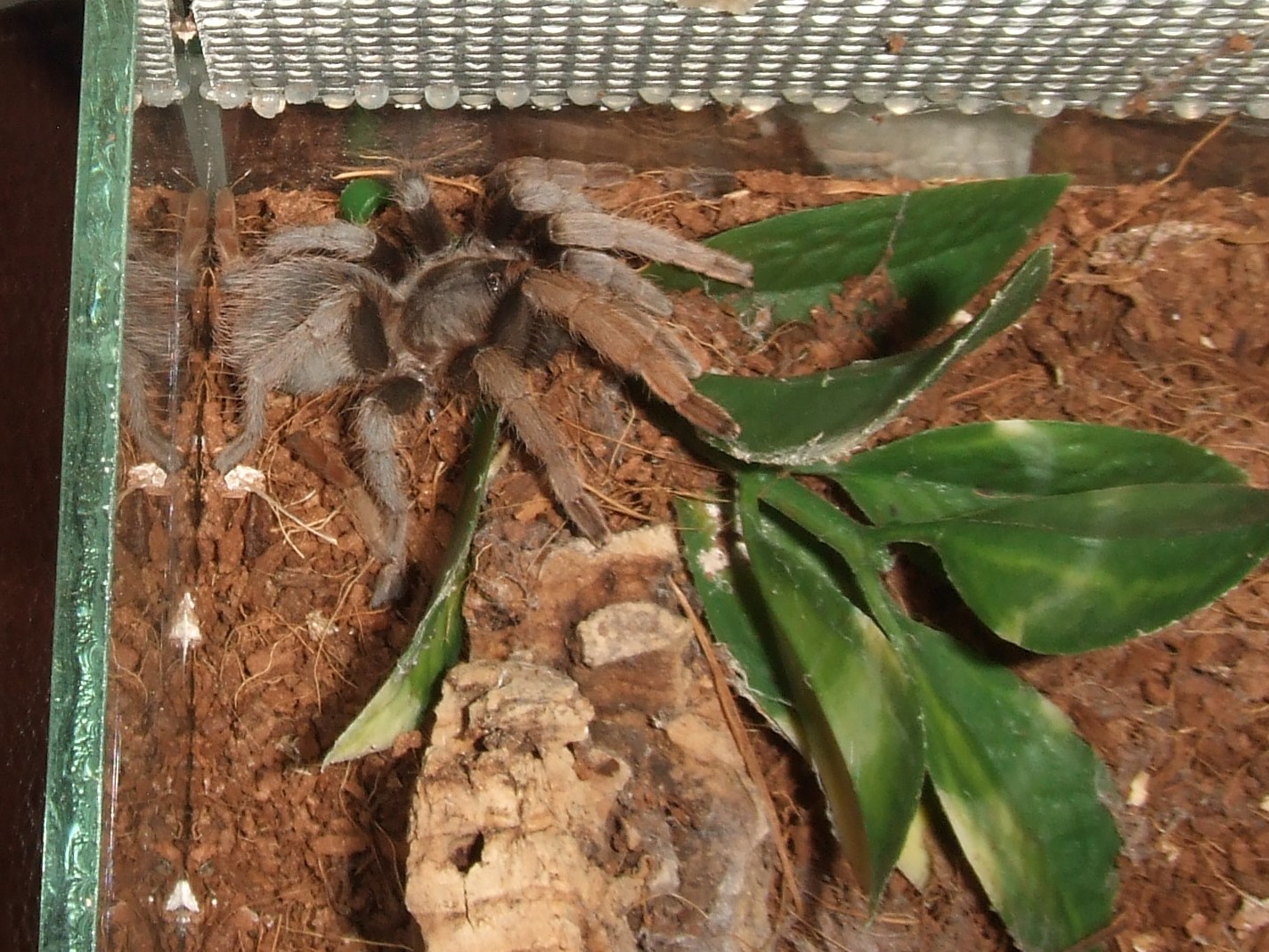 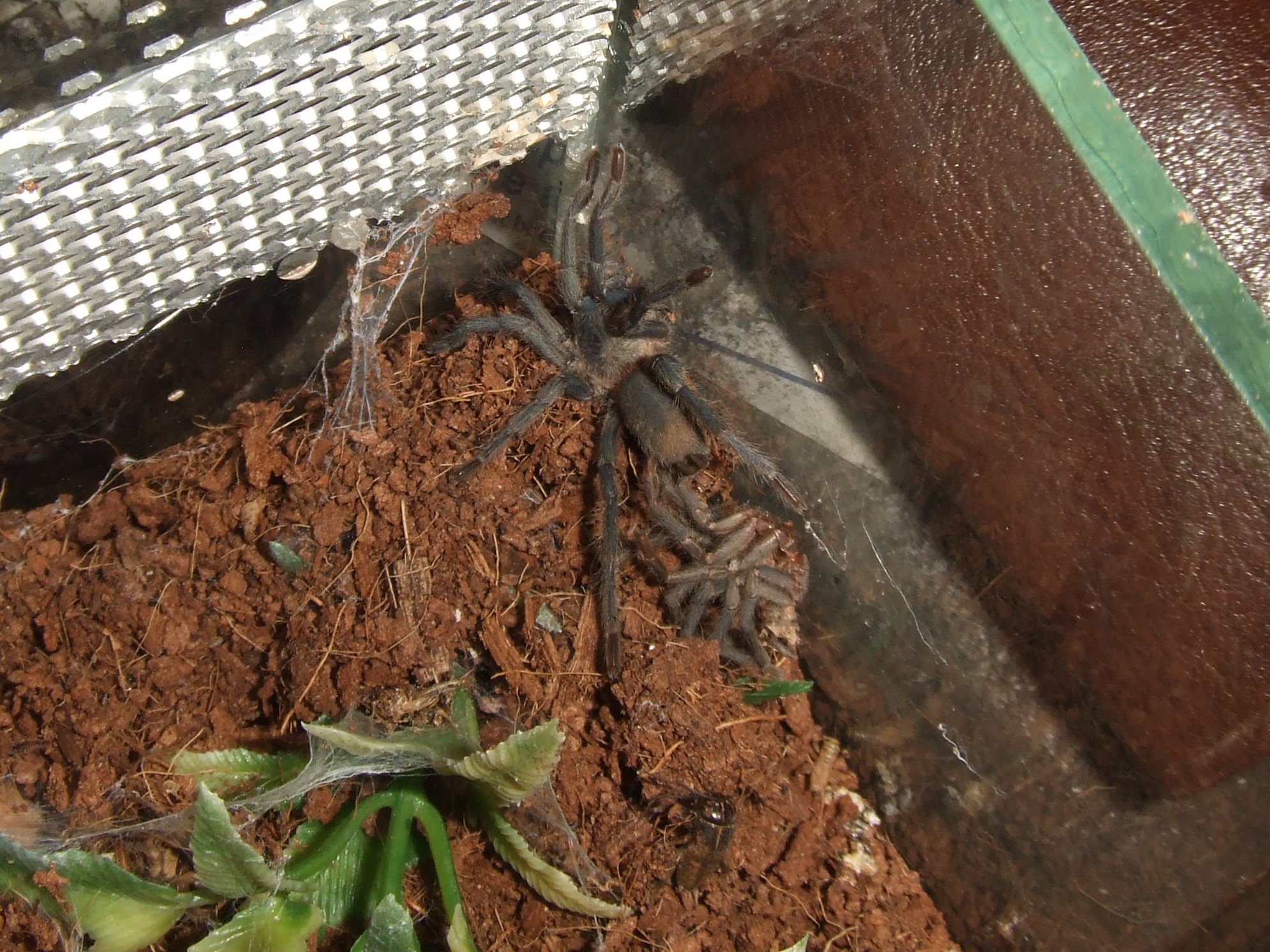 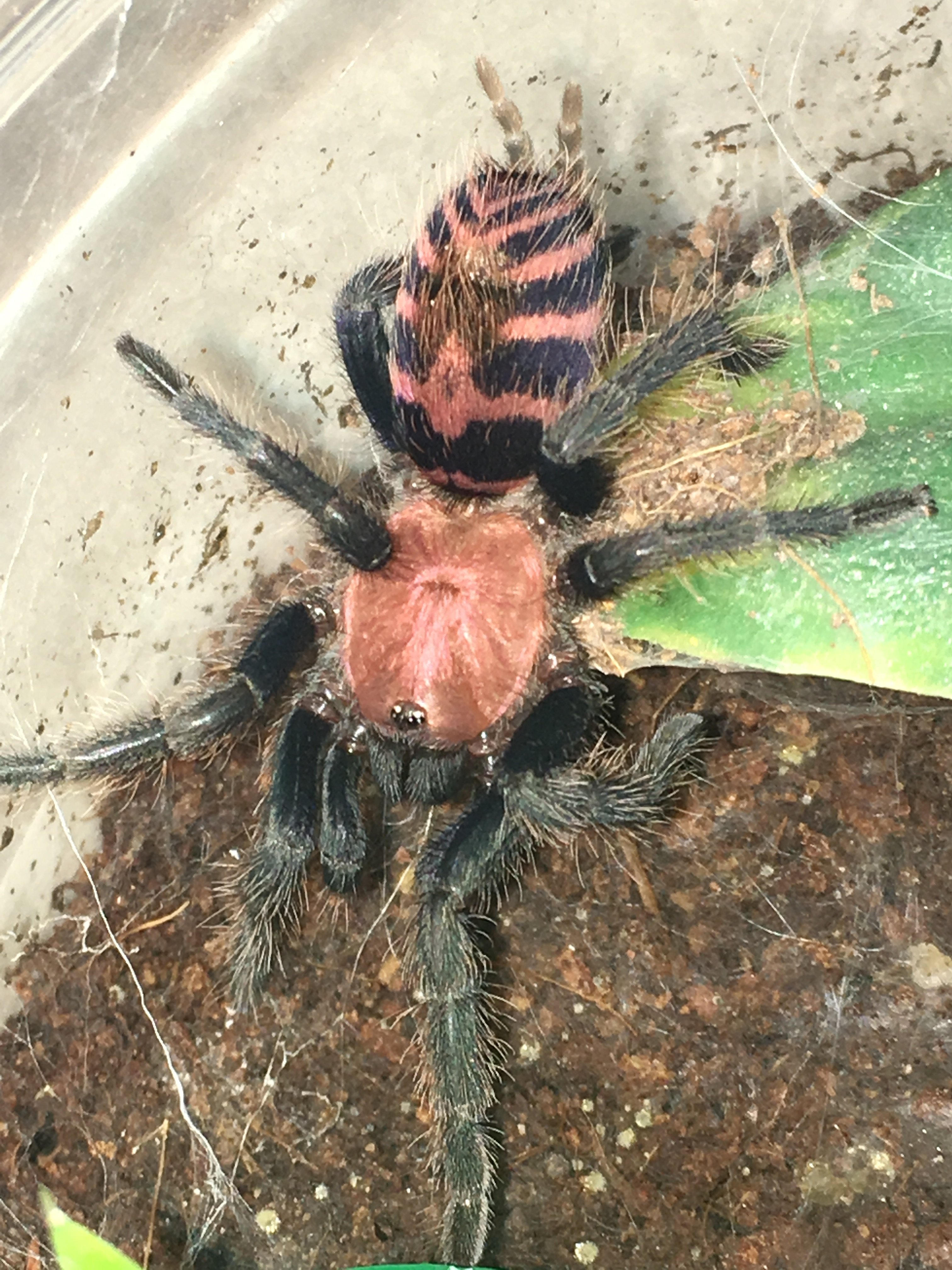