Tarantula Breeding: The Basics of Pairing and Mating Your Ts

Article Gallery
The breeding of tarantulas is vital to the spider trade industry. Without private breeders and large scale tarantulas farms, spider enthusiasts would be unable to acquire new specimens for their collections. While most owners do not breed their pets, experienced tarantula keepers can pair their arachnids together for reproduction. The resulting egg sack produced by the female spider yields spiderlings that owners may sell or keep for themselves. This article will cover the basics of tarantula breeding, ranging from the paring of the spiders to the hatching of the egg. 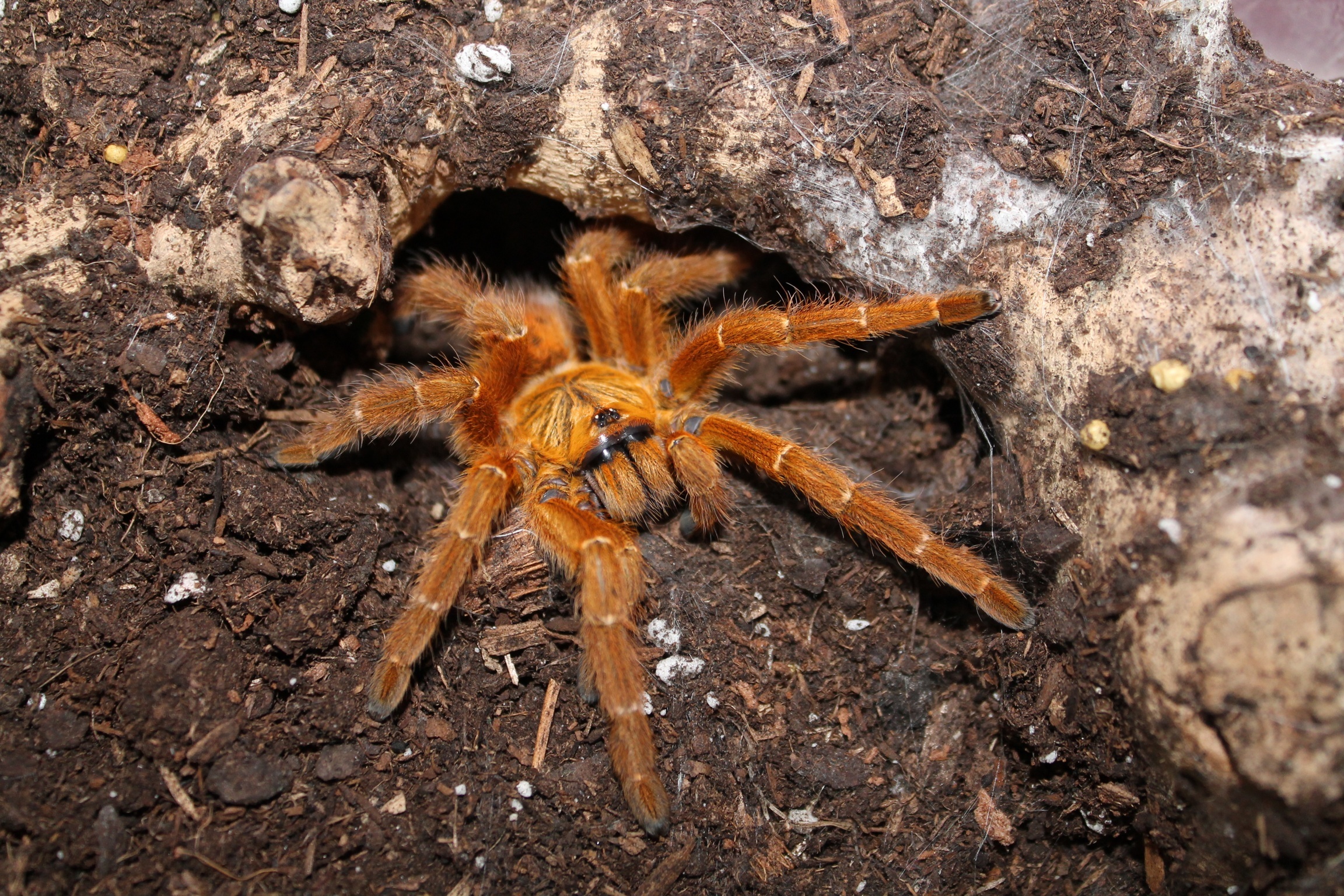 When deciding to breed your tarantulas, it is critical that you select spiders that have reached the age of sexual maturity. Male tarantulas, depending on the species, reach breeding age between 2 and 5 years. Female spiders of the same breed, however, typically mature much slower than the males, reaching the appropriate size to mate within 4 to 10 years. In most cases, the female should be larger than the male during the breeding process. A rule of thumb is that you should not attempt to pair two tarantulas together for reproduction if the female has not reached three-quarters of the average size of a full-grown spider of her breed. This may warrant some research into the type of tarantula you own to determine if she is ready to mate.

Male tarantulas characteristically have much shorter lifespans than females. In many cases, the boys live less than half as long as spiders of the opposite sex. The short life-span of the male tarantula can be largely attributed to their primary role being to reproduce, often dying shortly after reaching maturity. If male tarantulas succeed in finding a mate, the female tarantula often attempts to attack and consume the male following procreation, which in turn poses a threat to tarantulas breeding in the wild, and controlled captive environments.

Before putting two tarantulas together, the female spider being bred must have molted in the past six month period. If a female tarantula is carrying an egg sac while it molts, the eggs will typically not produce any spiderlings.

Prior to pairing your tarantulas, the male spider must produce a sperm web. It is formed when the male spins a web over its palpal organ and deposits its sperm into it for an anticipated breeding session. As previously mentioned, the mature female tarantula will have molted (shed its skin) in the past six months. With a plastic spoon or toothbrush on hand for a later step, you will begin to pair the two spiders, if meeting the above criteria, by introducing the male spider into the female’s enclosure. Female tarantulas introduced into the male spider’s terrarium often attack and kill their prospective mate before the courtship process even begins.

The male spider, when introduced to the female’s cage, will drum against his body with its legs, swaying too and fro, signaling to the female in an act of courtship that he is interested in breeding. The female, if mutually interested, will gesture to the male by tapping her feet at the entrance to her hide. She is signaling him to approach her burrow, where the spiders will begin the mating process. The male will attempt to hook the female’s fangs with spurs on its legs to prevent being bitten during the act. Once the male tarantula attaches to the female and begins the reproduction process, the owners should closely observe and monitor the situation to prevent the female from attacking and killing the male post-copulation.

Once the male releases the female, he will immediately dash from the burrow in an attempt to prevent being cannibalized. The spider owner should be on hand to catch the fleeing spider, and in the case of the female catching up to the male, utilize the non-bristle end of a toothbrush or spoon to free him. With a gloved hand, the male can be moved back to his own terrarium where spider keepers can allow him to produce a new sperm web and repeat the mating process once again to increase odds of success.

The days and months following the pairing of your tarantulas are critical for the survival of the spiderlings in the egg sack your female will produce. The female spider will store the contents of the male’s sperm web in an organ called the spermathecae until she is ready to fertilize her eggs. During the time prior to fertilization, you should feed your female as much as she can safely eat in order to give her the strength and nutrients needed to succeed in producing an egg sack.

From three months to a year after mating, the female will begin to barricade herself into her burrow, using substrate to seal the entrance. Once the tarantula establishes a nesting area, she will produce and protect her eggs which usually takes approximately six to eight weeks to hatch. The female must continue to be well-fed until the point of sealing her burrow to prevent her from devouring some or all the egg sack. Owners must continue to provide their spider water during the period that it is tending to its eggs.

Depending on the species of spider, owners may choose to confiscate the egg sack after a month and store it separately from the mother for artificial incubation. Removing the sack can simplify the process of separating the slings (spiderlings) upon hatching and prevent the loose baby tarantulas from escaping into the room where the mother’s terrarium is kept. In cases where breeders allow the spider eggs to hatch in the mother’s burrow, they will have to take the spiderlings one by one from the protective mother who may be tending to them, and face the loss of slings from the female tarantula eating them.

The first stage of a spiderling’s development is known as the post-embryonic, or “eggs with legs stage.” Within a week, spiderlings usually molt and transition from “eggs with legs'' into what is called the 1st instar stage. 1st instar is the stage in the baby spider’s life where he has molted one time but is still dependent on yolk from the egg sack for nutrients. Upon its second post-hatch molt, the baby will be classified as 2nd instar. Breeders with a batch of 1st instar spiderlings should vigilantly watch for their second molt, as 2nd instar spiders will no longer be dependent on yolk for sustenance. Spiderlings in the 2nd instar stage will be mobile and actively looking for food. This is the phase that they must be separated as they will require live prey, and cannibalize their siblings if left together. Breeders will need to begin the tedious process of dividing the young tarantulas into specialty spiderling cups or similar containers. Newly separated spiderlings should have substrate to allow for burrowing and be easily accessible for feeding.

While breeding tarantulas can be both a profitable hobby and a way to expand your spider collection without spending big money at expos or pet shops, it is not for everyone. A single breeding cycle requires months of commitment and special care that if done incorrectly can jeopardize the wellbeing of potentially hundreds of spiderlings. Responsible breeding requires the appropriate timing, equipment, and know-how to ensure the safety of yourself and your arachnids.
Reactions: Sleestack88, additude, Phobik1 and 3 others

There are no comments to display.