Rustic wolf spiders, also known as Trochosa ruricola, are a very common wolf spider. They are invasive, but they don’t hurt the environment besides competing with other species of spider. They are easy to catch as they are not the fastest wolf spider and are easy to keep as well. I keep mine in deli cups that originally kept crickets. Fill it to about a third with coco fiber, about enough to make a shallow burrow (these are small spiders, growing to a max leg-span of 1 inch). Here is one of my females: 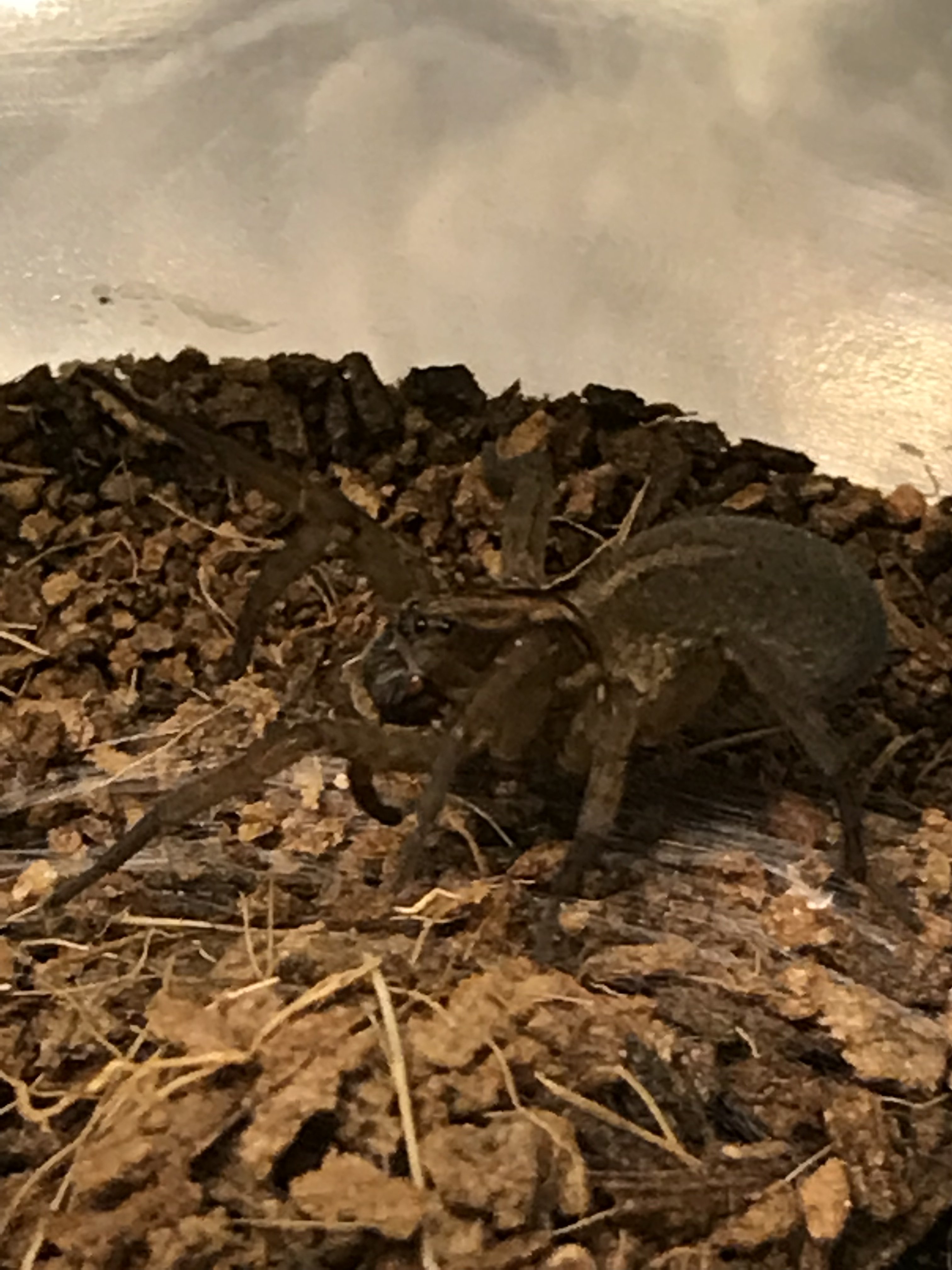 These wolf spiders are very thirsty creatures, when I was just beginning the hobby, I didn’t know they needed water separate from their prey until my first died in 1 day from dehydration. The water can be held in a small bottle cap or dropped on the substrate where they can drink out of the dirt (the more natural way).
Feeding wise they are fine eating pinhead crickets once a week. Mine may look fat but it is actually average sized for the species. If you want to get one they are common under rocks almost anywhere. These are wonderful spiders.

If you were wondering why they are invasive they are actually from Asia but were brought here somehow. I’m assuming through burrowing in soil that held exported plants maybe? By here I mean North America.
You must log in or register to reply here.
Share:
Reddit Pinterest Tumblr WhatsApp Email Link