Hi guy
i just wanted to share some great news regarding the successful breeding of my Poecilotheria metallica's . I will upload some pics of egg sacks and the mechanical mom in which they are being incubated. I know most people don't really like artificial incubators but working in zoos most of my career. they are a success irrespective of what anyone says as i've had success all the years and it eliminates all the "bad" things that can go wrong with a sack if left with the mother. in saying so i dont need to tell you all as you all are aware of the negatives of leaving with mom.I have 3 egg sacks at moment and awaiting the next 5 to drop and females are heavily gravid

below pics of mechanical mom and egg sack. MM depositing sperm on his web 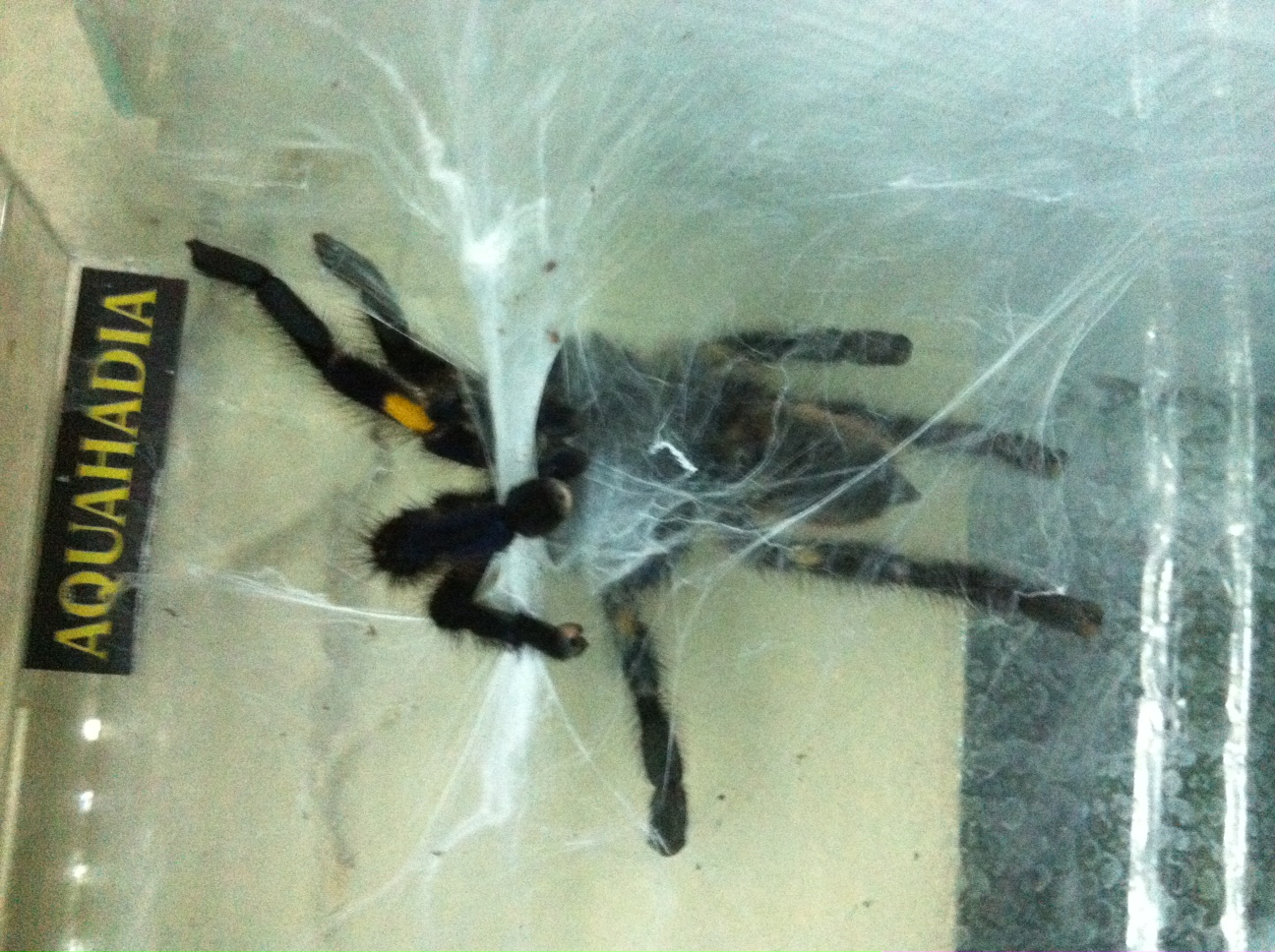 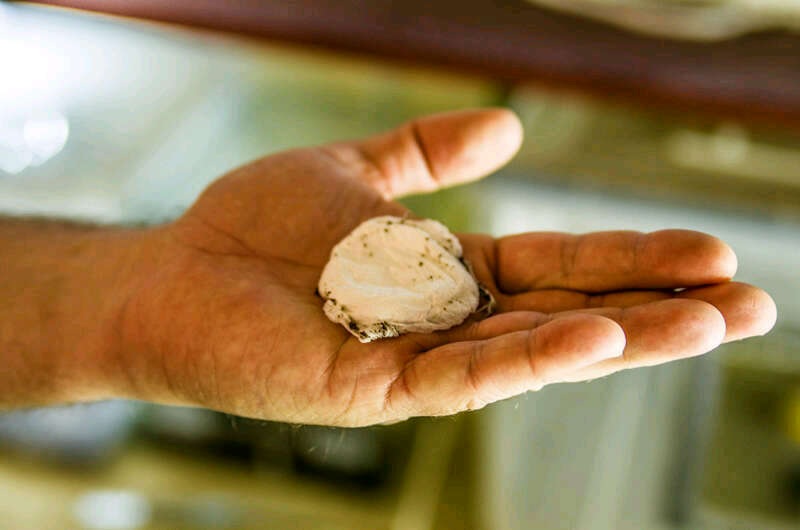 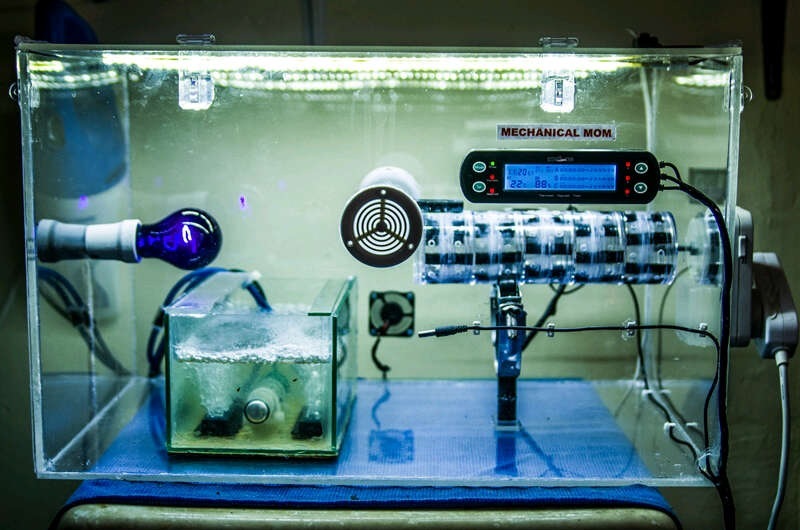 Staff member
Excellent photos! I'd love to see how the mechanical mom works! Can you take a video of it in action?

Wow, that mechanical mom is really cool! Where exactly do the egg sacks go? Congrats on your success with the P. metallicas! Beautiful Ts.

Hi guys
thanks for the nice compliments
getting to the egg sacks placed in mechanical mom you can see the transparent cylinder in chamber with holes very visible and i placed velcro inside to avoid the egg sack from sliding so it rolls over when touching the velcro. I will do a video clip and post for you all too see so refrain from laughing if i talk ok ha ha ha.... I also wanted to ask all you breeders as i am looking to import some fresh new bloodline for my breeding program with tarantulas as its my belief here in South Africa the Hobby is a problem for me as most T's when purchased for females to be mated are actually the males from 2 years prior this females earlier offspring) making the male infertile producing a infertile sack. please can someone shed some light on this subject for me as i would really like to get a good genetic strain from tarantulas i wanna purchase abroad.

Kenny you are very knowledgeable in this regard so could you be so kind as to give your input please as it will be greatly appreciated ??

1,000+ Post Club
inbreeding isn't an issue in spiders. It's done regularly on purpose, and by accident, and I don't know of any legit proof that says inbreeding produces infertile sacks. As a matter of fact, I've bred my OBT to its offspring/siblings on a number of occasions and gotten large healthy sacs.

3 Year Member
Agree Kenny.
Just for everyone's info, exporting spiders to South Africa is illegal, so please make sure that import permits are arranged from South Africa before sending spiders here.
Thanks

Ceratogyrus from S. A forum.. Lol sorry , but ur comments mean nothing to me. Tx for ur input Kenny!!

3 Year Member
I'm just looking out for the law. Please just make sure import permits are issued before sending anything out of the country.

@ Ruan ur not a nature conservator and as far as to my knowledge ur just in the hobby breeding tarantulas you have nothing to do with applied sciences.

Dispersal is one of the most important pre copulatory inbreeding avoidance

mechanisms and subject to related selection pressures. In Populations, inbreeding

within and between populations may strongly affect

Population dynamics if it reduces ﬁtness and gene-ﬂow. While inbreeding

avoidance!!!! is generally considered to be a key evolutionary driver of dispersal!!!!!!

potential effects of inbreeding within a population, so by mating among

relatives, affects the survivorship and the dispersal behaviour

Inbreeding leads to a decrease of ballooning dispersal probability

Because survival was depressed after inbreeding,

species, energetic constraints are likely to be the underlying mechanism.

This may induce an inbreeding depression vortex with important

consequences and metapopulation dynamics of

entomology said:
@ Ruan ur not a nature conservator and as far as to my knowledge ur just in the hobby breeding tarantulas you have nothing to do with applied sciences.
Click to expand...

I am not a nature conservator, just a conserver of nature.

I doubt that!!! a trouble maker i know hence u been banned from other forums due to your arrogance and childish behavior always "humiliating"the new ppl starting out on keeping tarantulas!!! each time u return with a different IP address and that pathetic!!! catch the hint.

1,000+ Post Club
Ok guys, The bickering needs to stop. If you two have dirty laundry to air, this is not the place for it.

Kenny. said:
Ok guys, The bickering needs to stop. If you two have dirty laundry to air, this is not the place for it.
Click to expand...

I agree, no need to bring up issues from other forums from the distant past. Just wanted to mention that you need permits to import tarantulas into SA. Nothing more and nothing less.
You must log in or register to reply here.
Share:
Reddit Pinterest Tumblr WhatsApp Email Link