The abdomen was a little fat, but since I tossed in 2 small crickets instead of just one, I wasn't worried about it. She didn't seem to be putting on weight so I tried 2 of them.

She's basically doubled in size, now nearly as big as my Versicolor in just one molt. I think she's gonna become a monster.

In order to pull the molt, I treated it like a rehousing and did it in the bathtub. Fortunately, she's a very calm T that just went down to the ground level and then returned to her favorite area.

1,000+ Post Club
Here's some pics of how I got the old molt out. Sadly enough, she didn't appear in these pics because as seen above she went to ground level.

Yes, I did remove the remains of the crickets and fully cleaned the cage out etc. 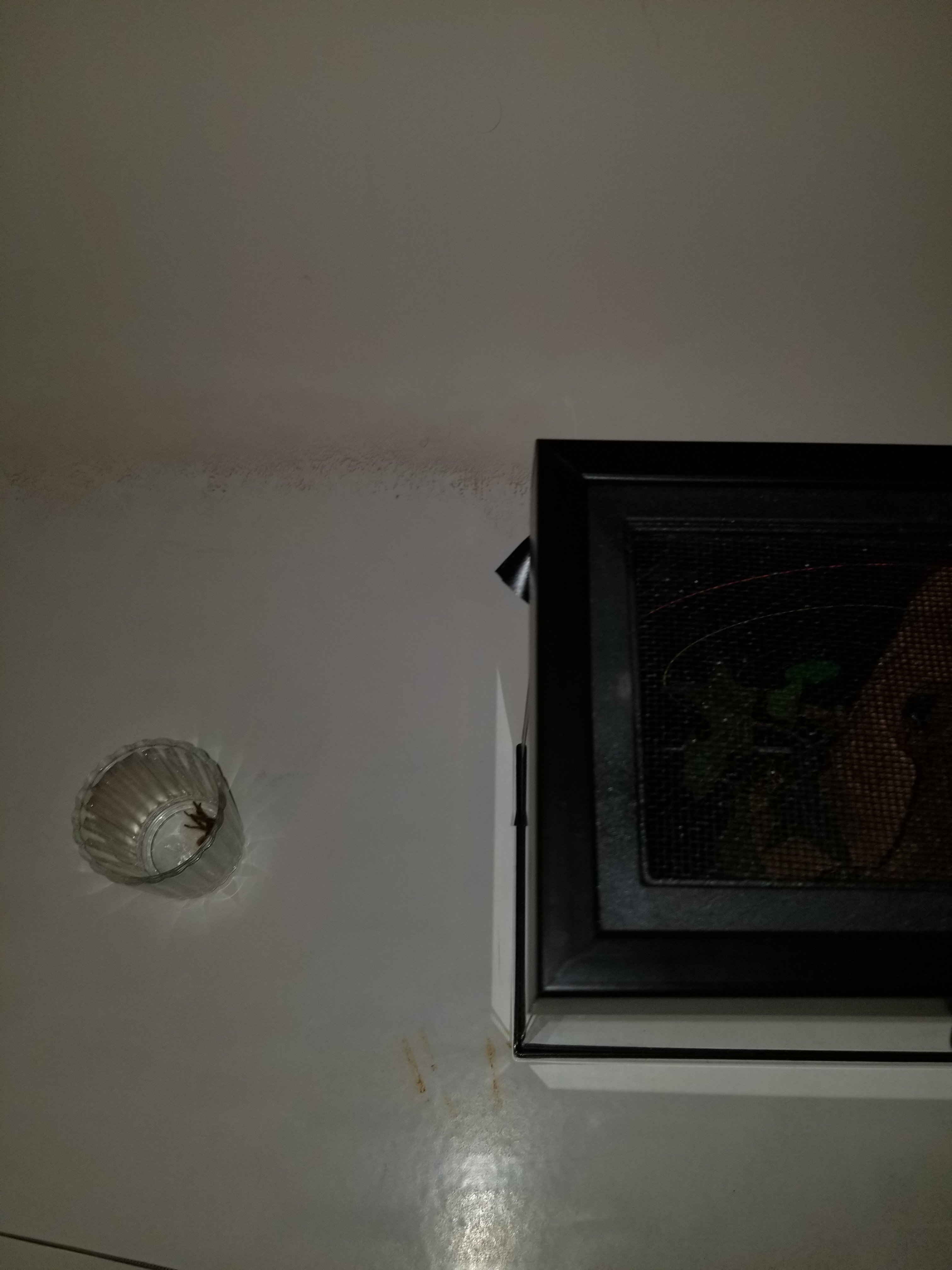 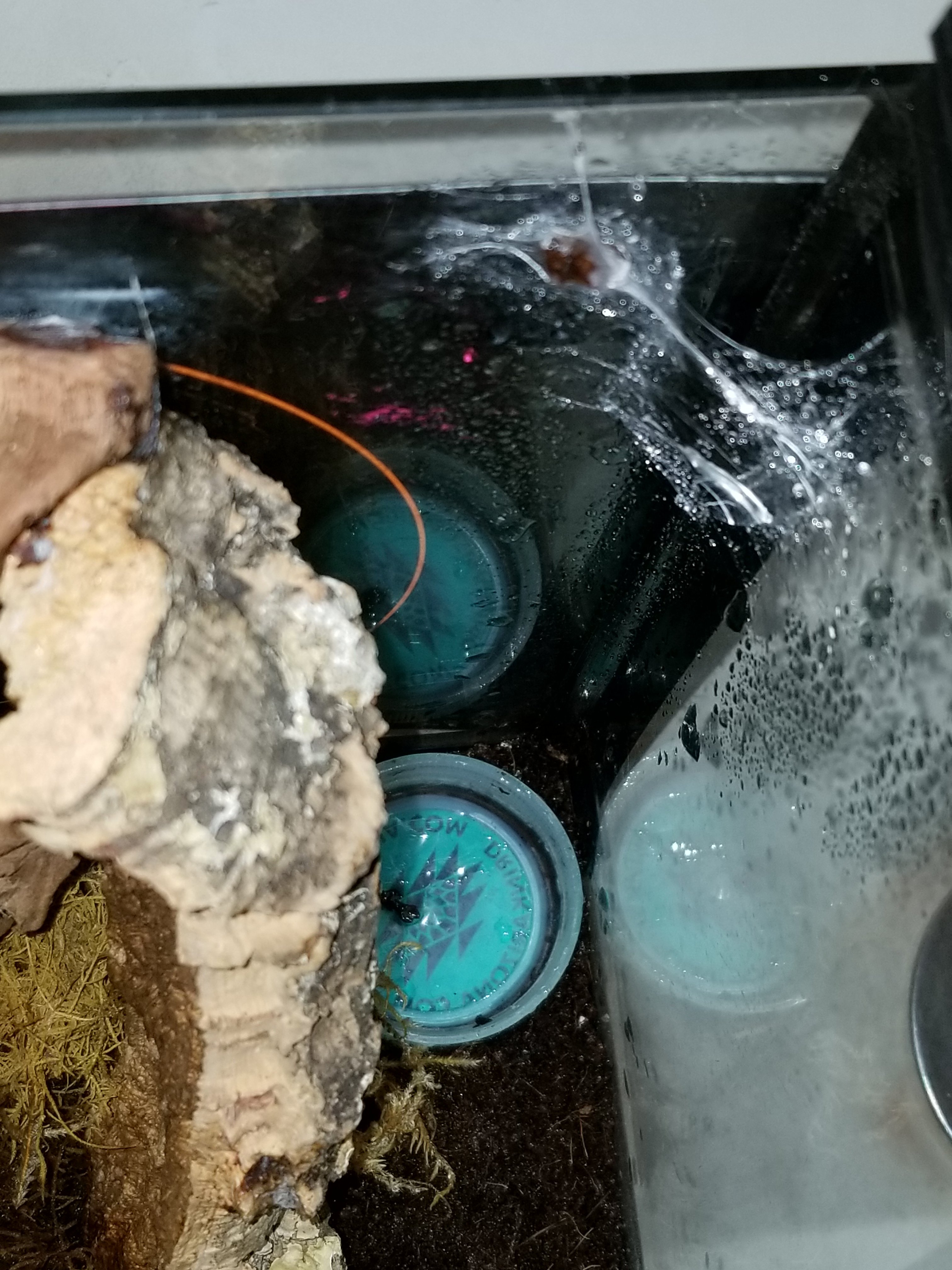 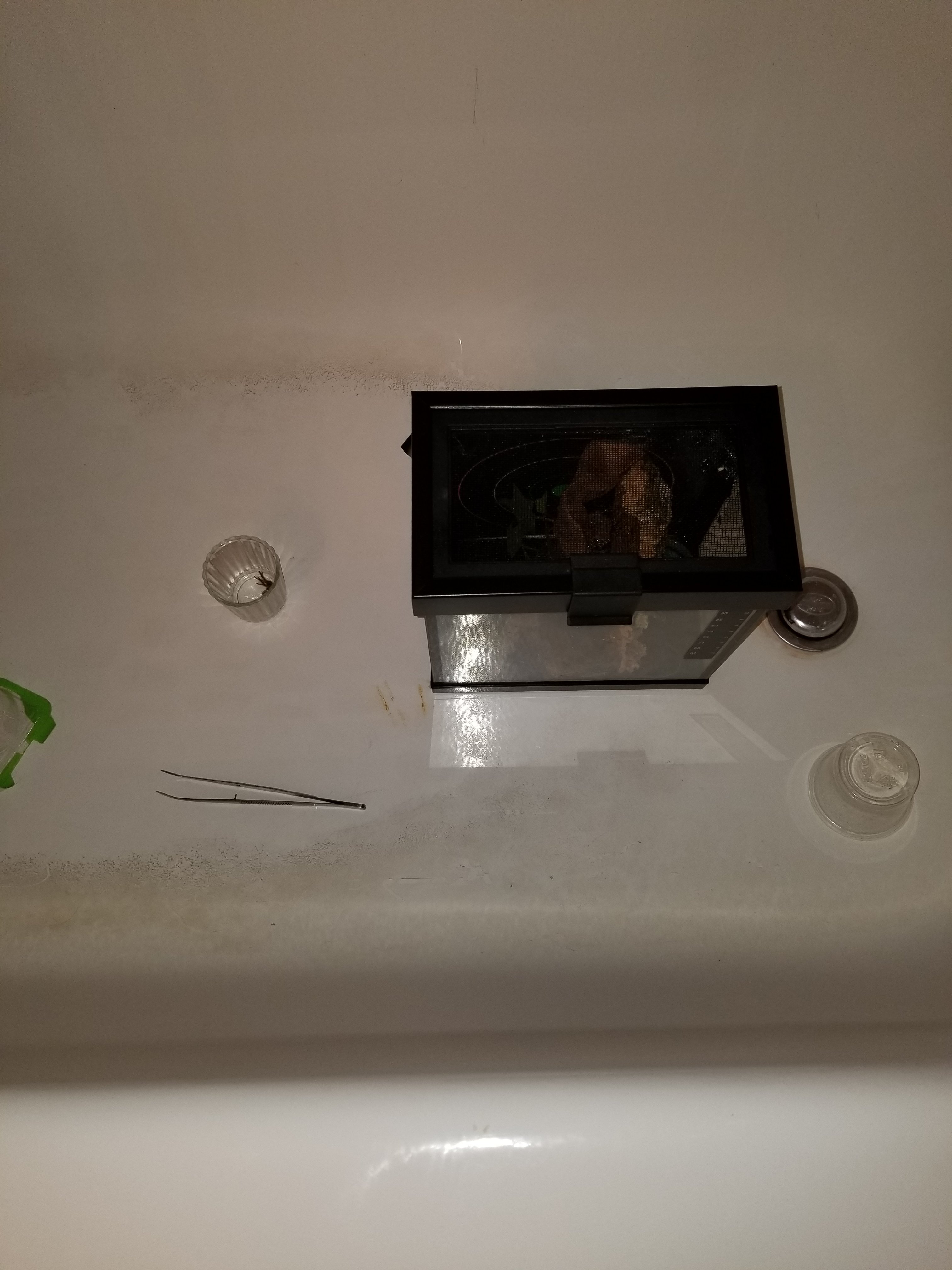 Wow she's so cool, I didn't know they didn't show signs of pre-moult. When I bought mine she had built a little hammock web thing between the wall and plant to moult in, since I cleaned everything up and gave her cork bark, she hasn't built any webbing structures.


Sent from my iPhone using Tapatalk

1,000+ Post Club
She does have a small web in the upper right rear corner of the enclosure but it's been there for a while.

The actual molt occurred within that structure.


Sent from my iPhone using Tapatalk

1,000+ Post Club
Nope, she molted right in her favorite corner. Since I've been feeding crickets it only makes sense to go where the crickets can't get her.

They can't walk up the walls.

Pokies are pokies...all are unpredictable. You'll hear some people say P. Metallicas are great...I've got two that are maniacs and one that's chill. As for P. Striata...same thing. I've got two that are extremely defensive but some people will say otherwise. Honestly I feel the best starter pokie would be the P. Regalis. They are a communal type of pokie which may or may not have something to do with it but I've never had a problem with them. I currently have 3 and they are all great. I've had a few in the past and they were fine too. If you do your homework any pokie you like will be fine. Start with a psalmopoeus irminia or psalmopoeus cambridgei...both are new worlds. They are both fast as hell but without the nasty bite. Once you get comfortable pick your pokie. My first was a P. Ornata.

1,000+ Post Club
Sadly enough, pinko commies have suppressed P ornata. The best thing to do with your first pokie is to start with a small sling in a bigger then normal sized cage and grow with the spider.

They are super fast and have excellent vision as compared to other tarantulas, even other arboreal like C versicolor.

They aren't mean spiders. I currently have 1 male P striata and 2 P vittata slings, one suspect male & one suspect female.

They all have different personalities but none are mean spiders. My P striata was my second arboreal tarantula. 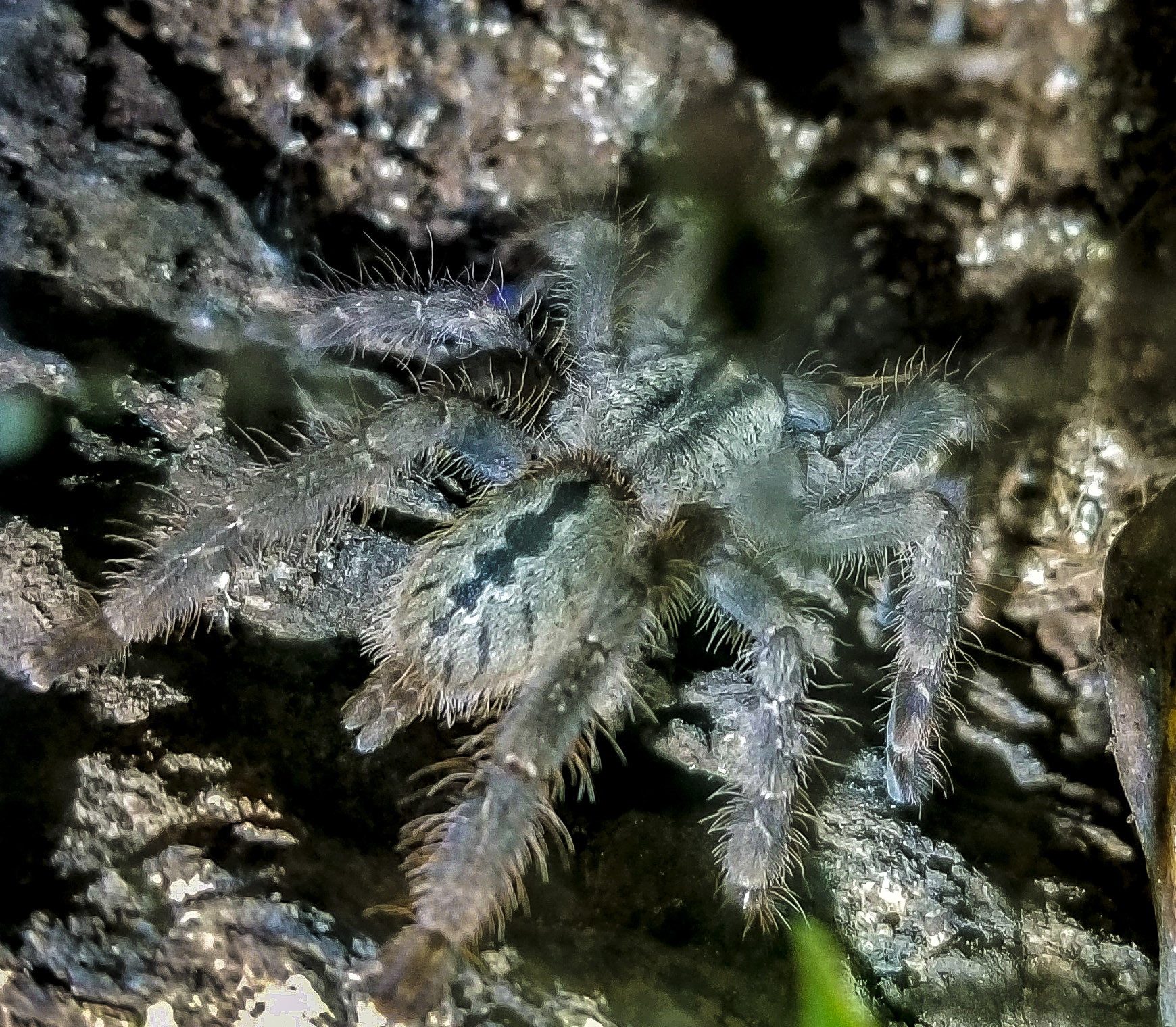 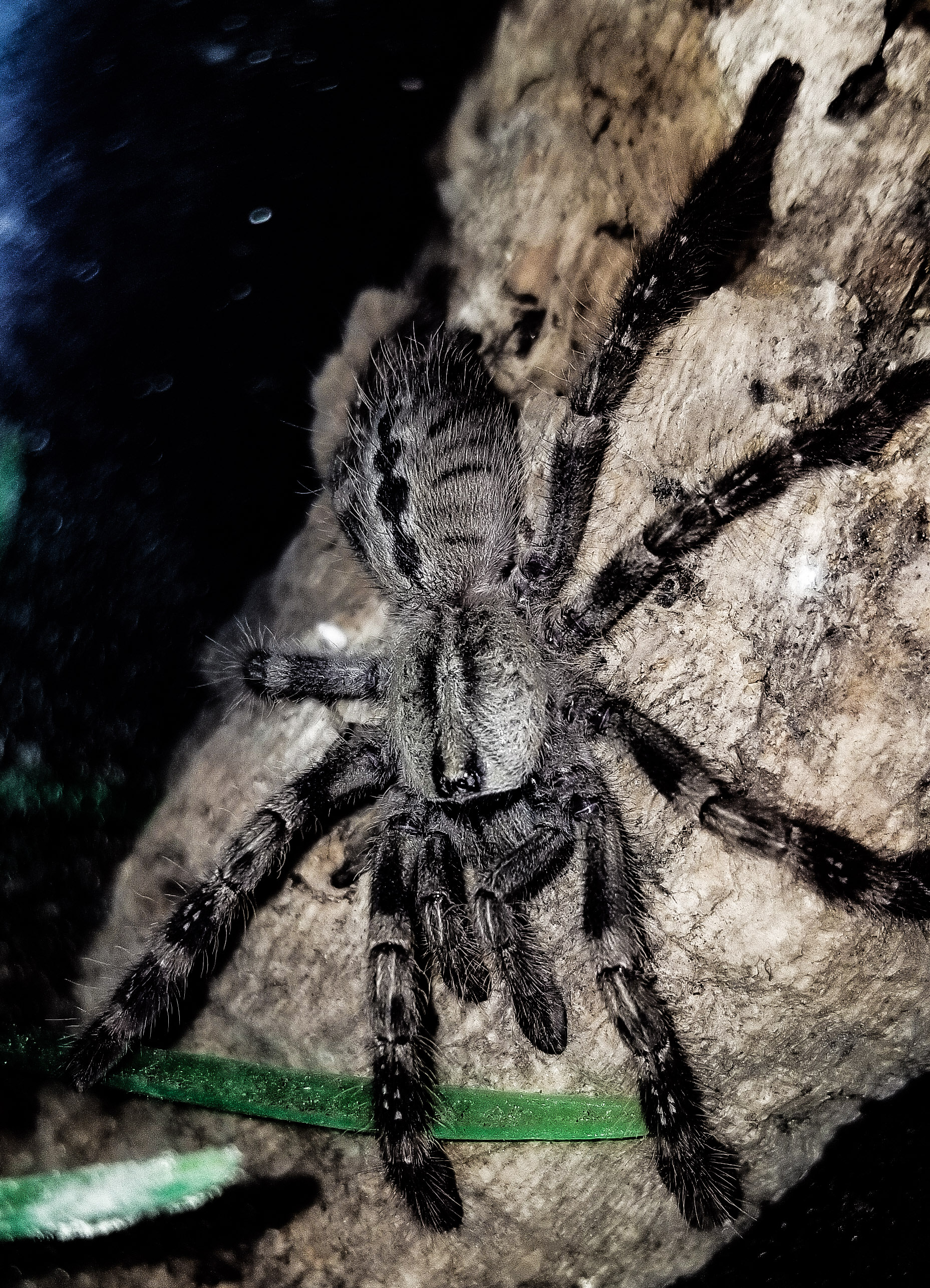 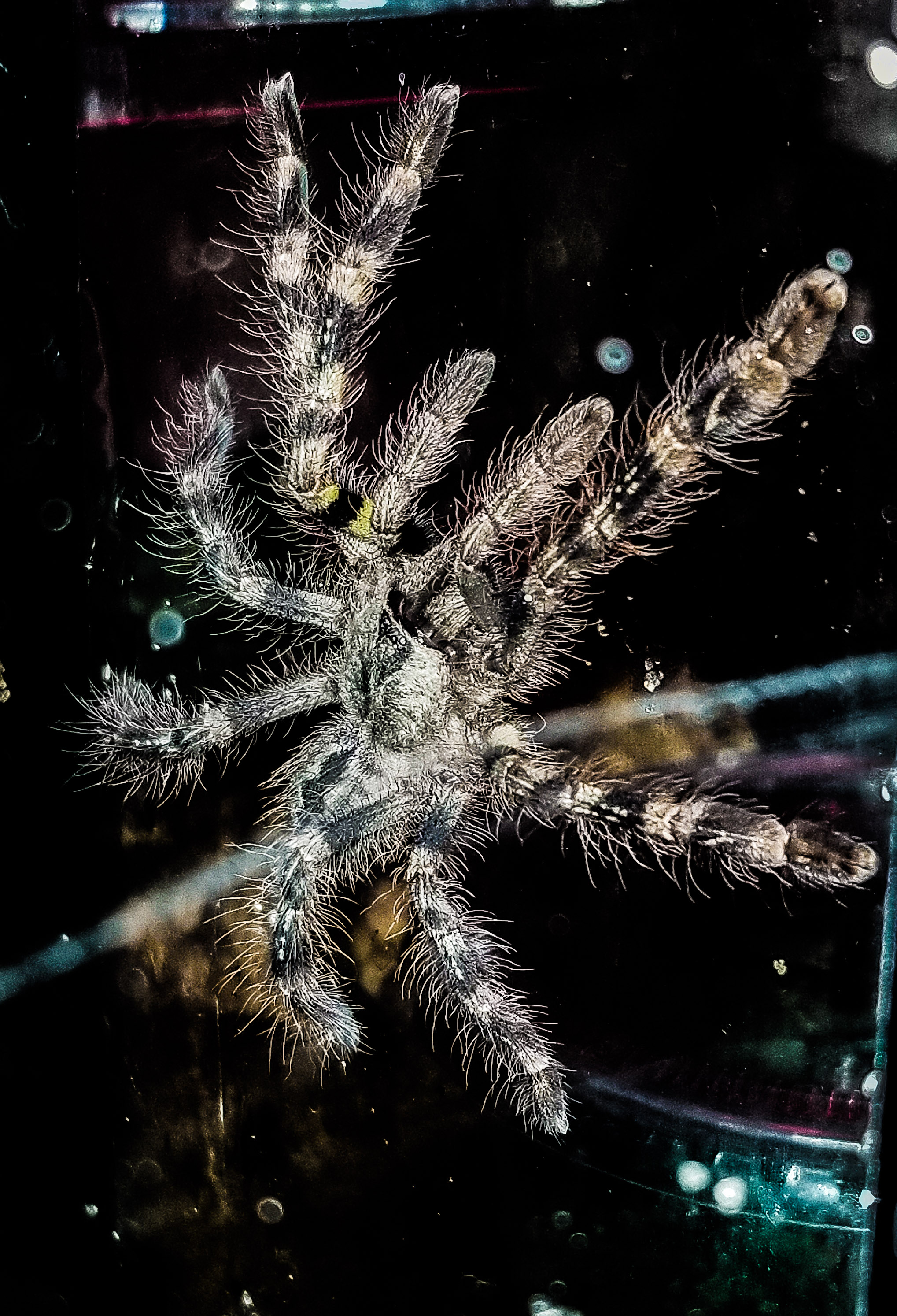