1,000+ Post Club
hi guys/girls.
So over the last few months the Vulcan bomber has been doing tours of Great Britain as a final farewell before the plane is grounded for good. The plane is being grounded due to the airframe having served its time also rolls Royce has pulled out and will no longer give support to XH558...

My brother and I have donated money towards the last flight of the Vulcan and our works name will be on the bomb doors.
We are also attending a hanger gala at Robin Hood airport at the end of the month
To see the plane and meet the crew... (Pics to follow)......

I have bought myself a little keeps sake of the plane.. 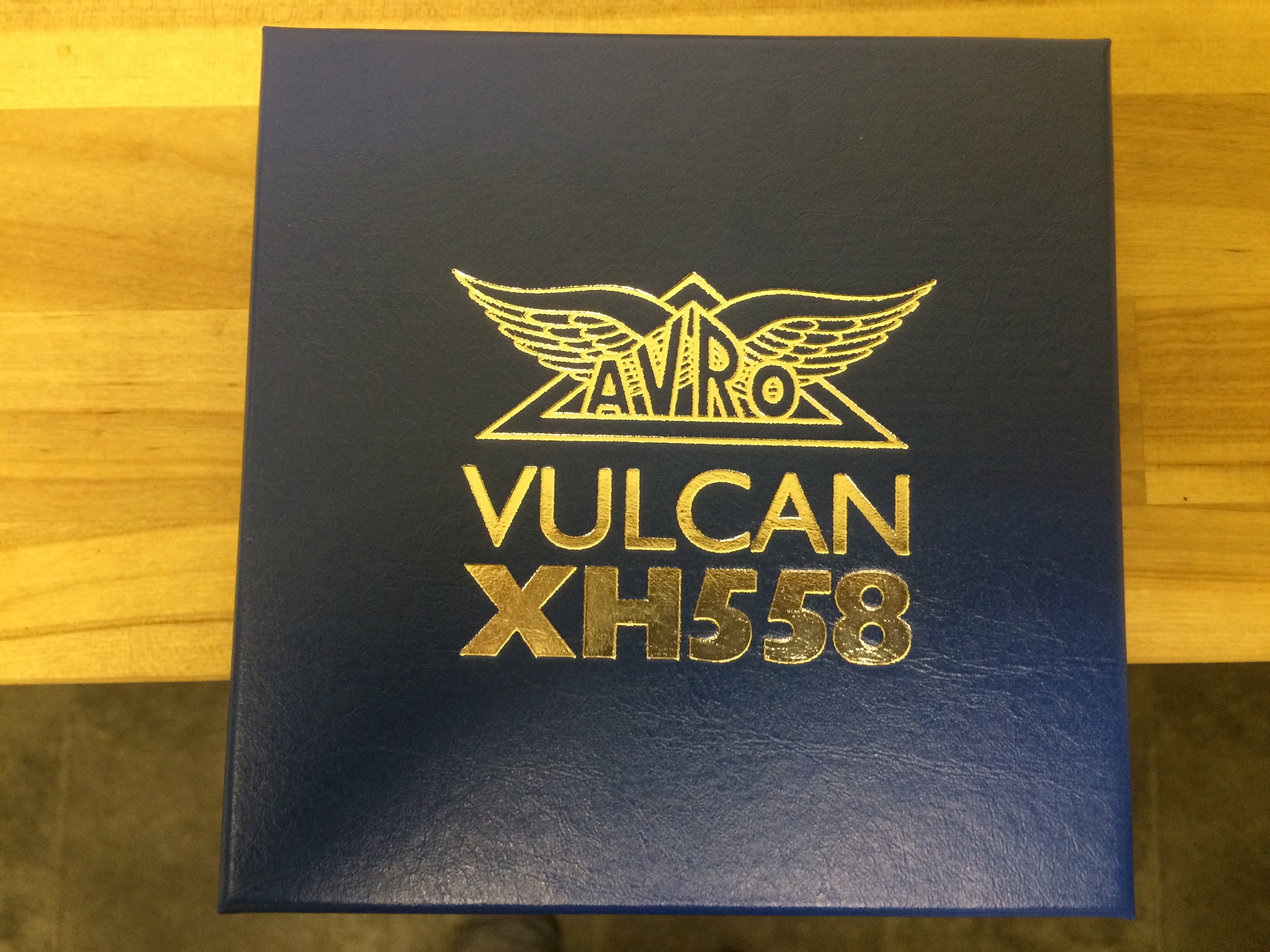 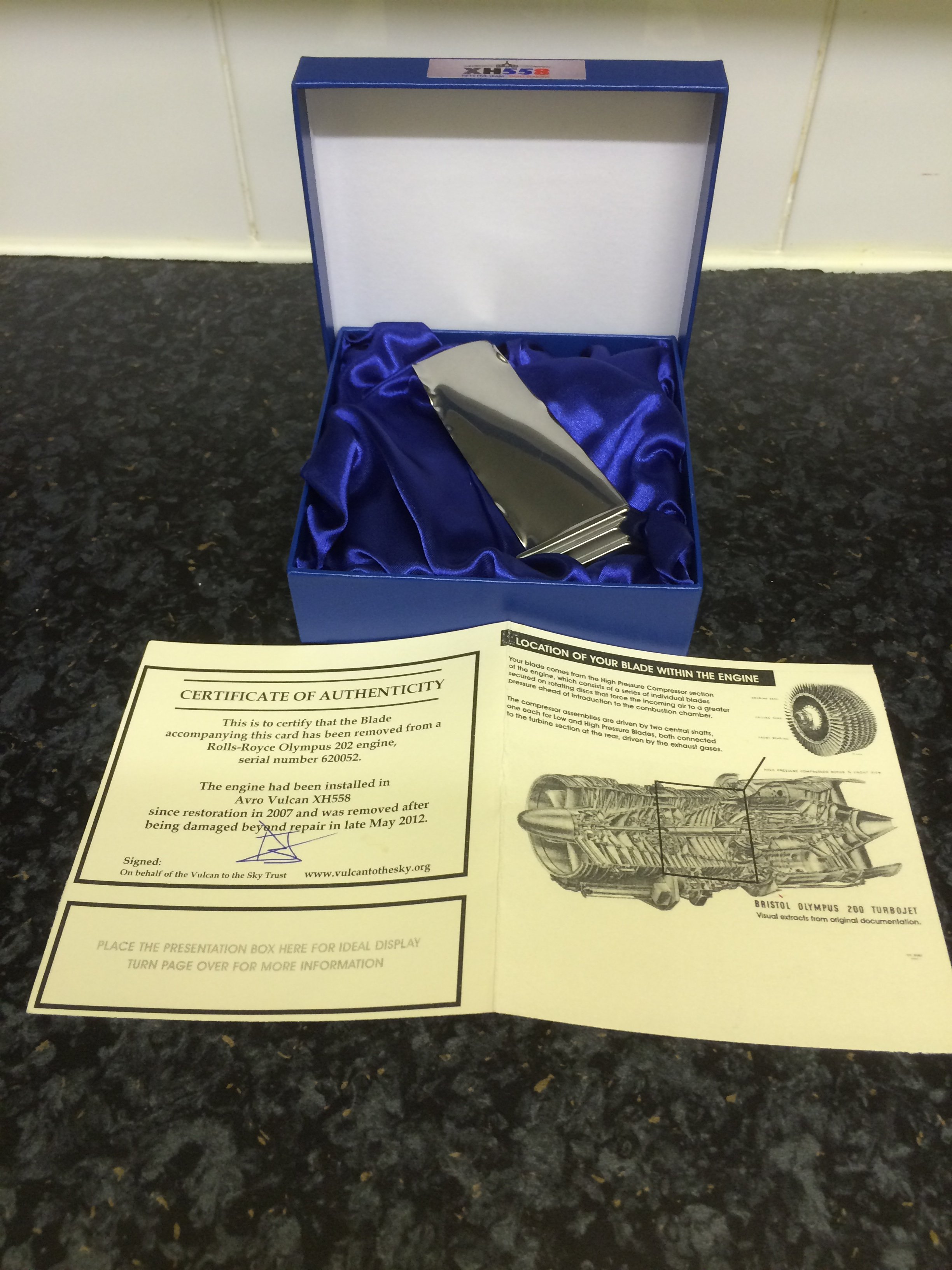 This is a compressor blade taken from one of the engines back in 2012..
Solid titanium. 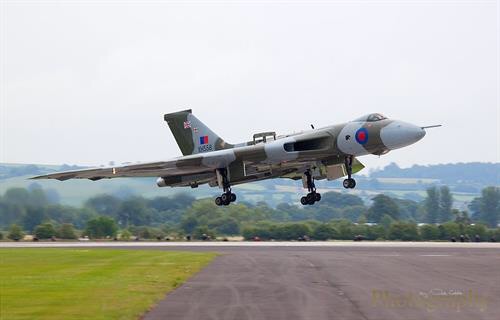 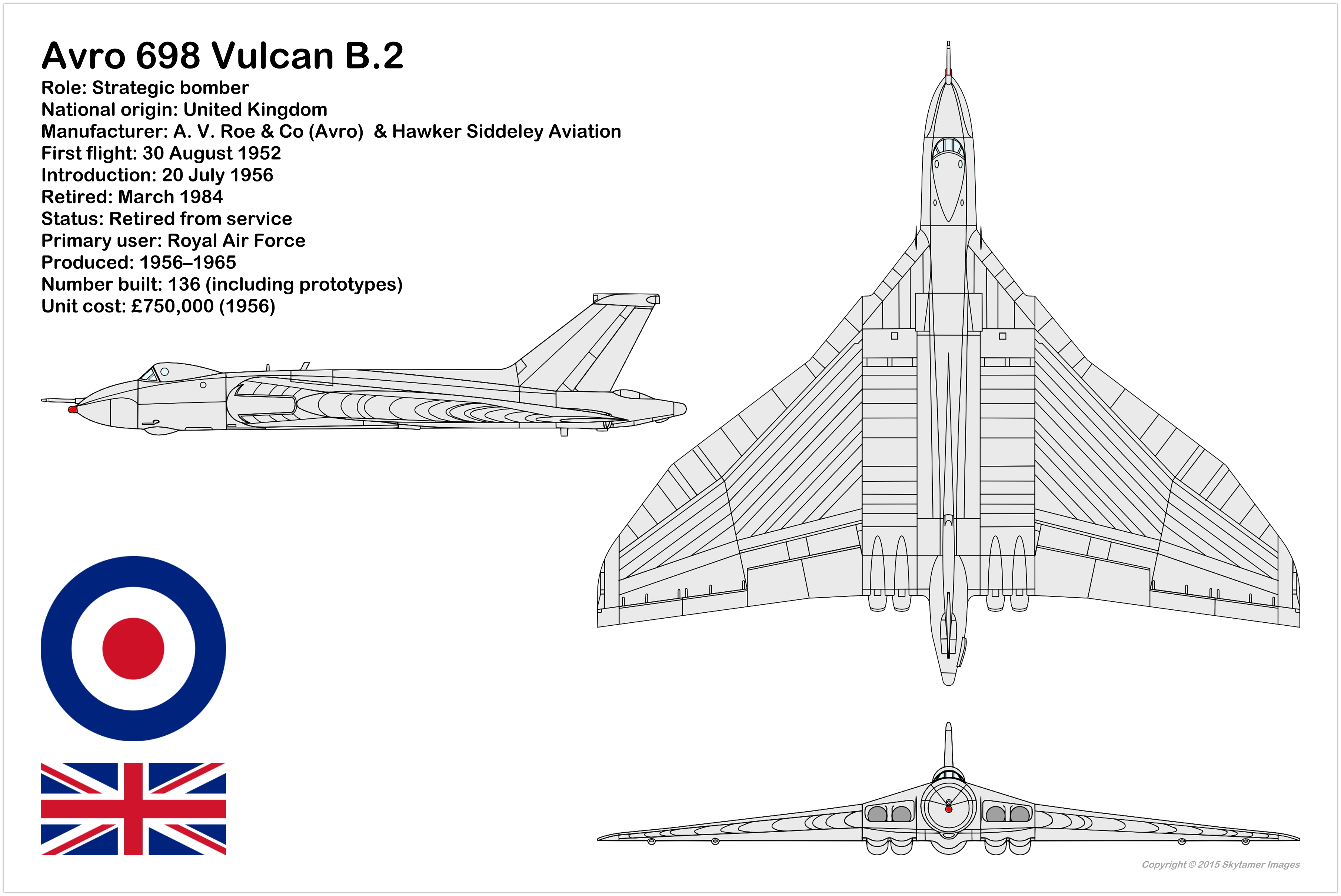 1,000+ Post Club
@Enn49. I didn't take that picture lol... They didn't release the time and date for the final flight as Robin Hood airport asked them not to as to many people would turn up and cause delays in flights....
Shame we won't see it fly again. Today's flight only lasted 15 minutes

Staff member
1,000+ Post Club
3 Year Member
Tarantula Club Member
@sym The day I took that pic it was at the Yorks Air Museum for the D-Day memorial and it flew past us a few times but we.ve seen it since too obviously returning to Robin Hood. 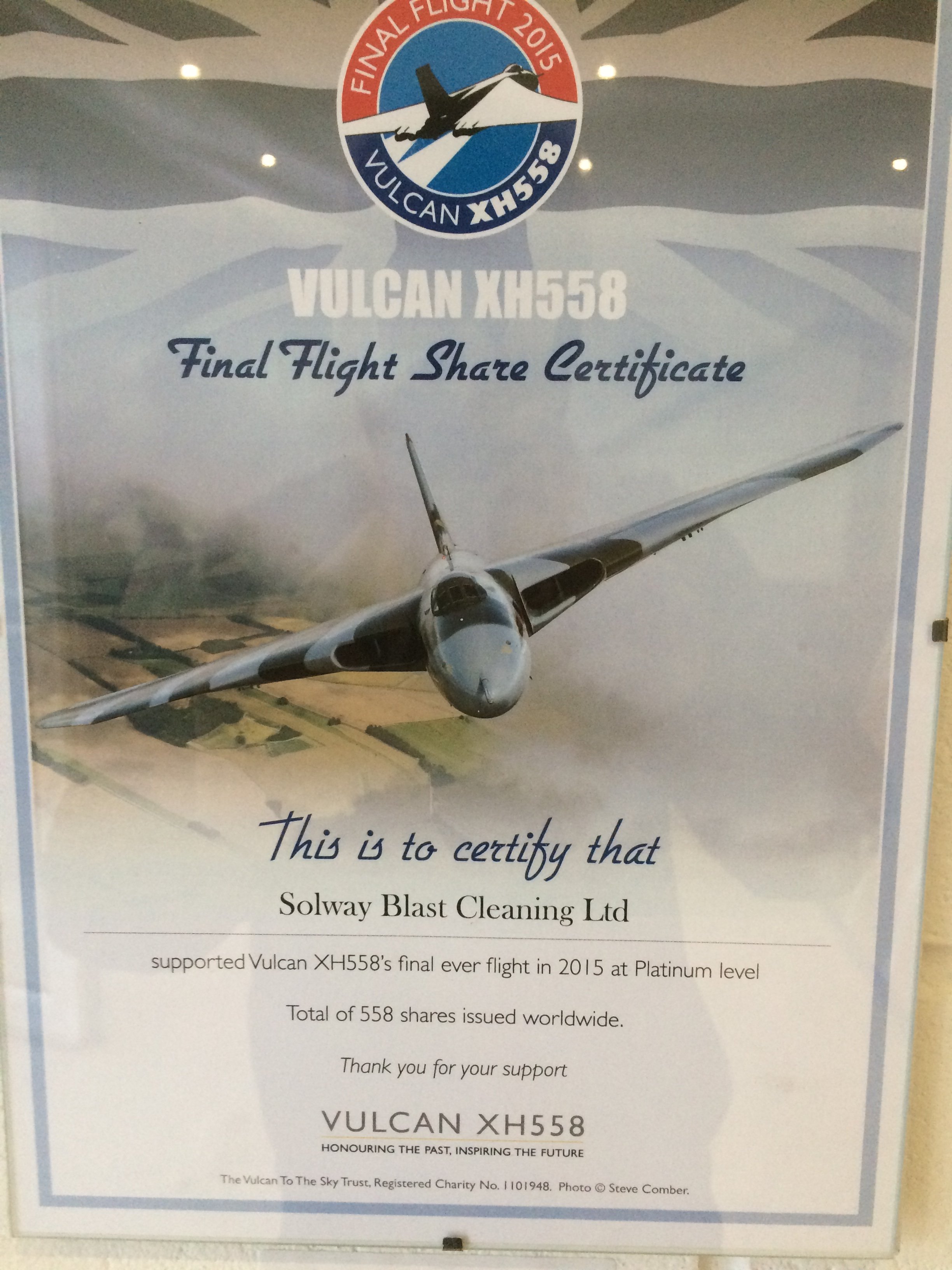 1,000+ Post Club
So tonight is the night for our vip gala dinner at Robin Hood airport in Doncaster . We will be having our meal in the hanger with the famous XH558. Pictures to follow
There is also a silent auction so it could be a expensive night lol 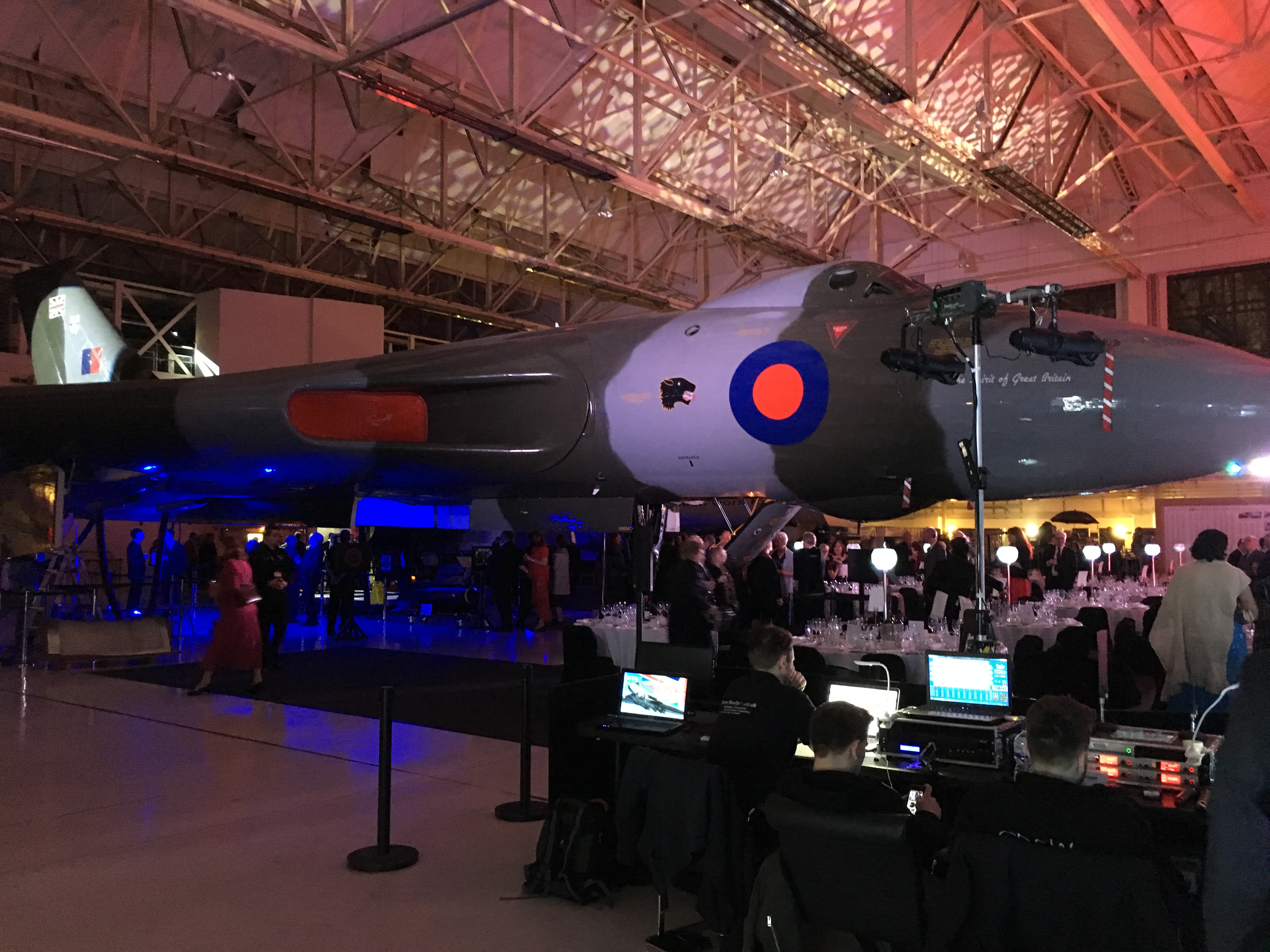 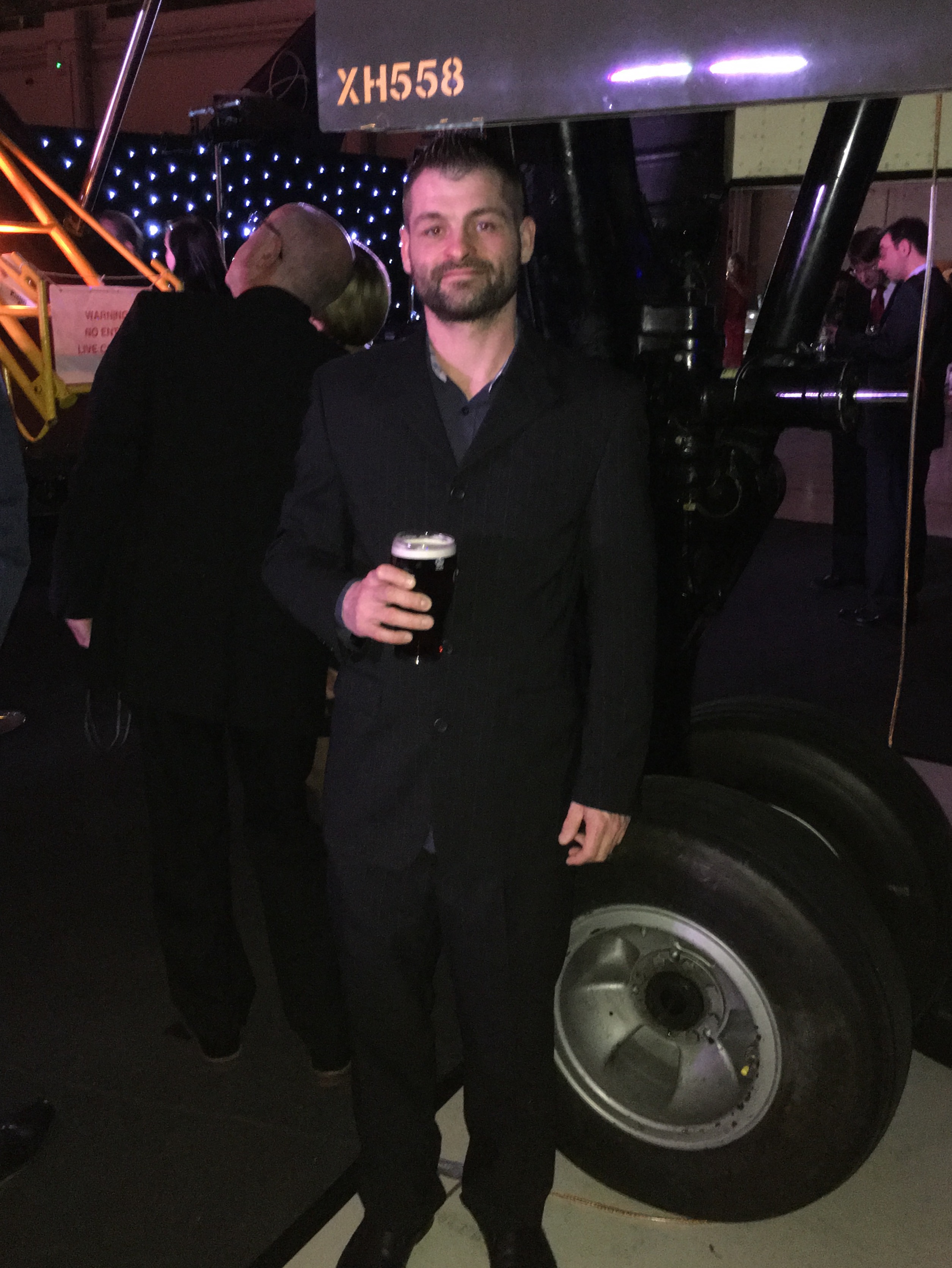 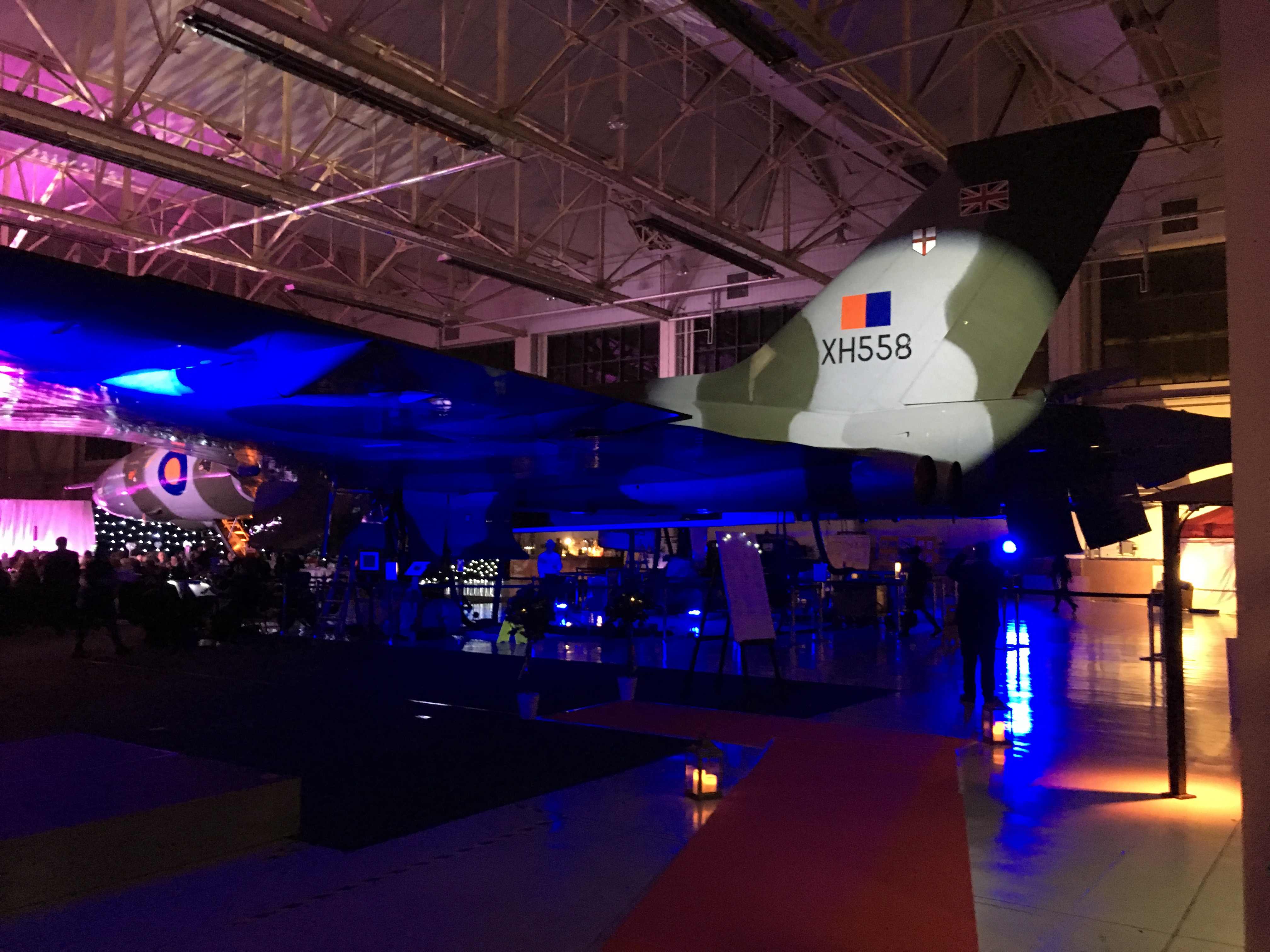 1,000+ Post Club
@Fuzzball79 . We are still here getting kicked out at 11am half cut lol.
Plane looks awesome it's a shame it's not in the air... It's a really good night. Just placed a bid in the silent auction for me and my brother to ride in the blades lol lol I hate flying lol...
Not sure we will win it .

Staff member
1,000+ Post Club
3 Year Member
Tarantula Club Member
@sym I hope you're not driving home . Fingers crossed that you win the ride with The Blades.

No we are staying in a hotel 5 min walk . Didn't win the blades ride thank god lol lol

1,000+ Post Club
@Enn49 . It was really nice . Salmon mouse with smoke salmon to start. Chicken breast with mash and seasonal vegetables for main and a trio of small desserts. Lemon cheese cake. Cream with raspberry and blackberry and chocolate cake. Very nice .