1,000+ Post Club
Hi guys/girls.
So a few days ago my sister and her daughters came round to tidy my house for me while i was at work to earn some pocket money while they are off school. When i returned from work they were just about done. My sisters oldest daughter explained what they had done around the house and before leaving she said she seen a spider on the curtains. They then left and didnt think anything of it at that time.
A few hours later i started to think about what my sisters daughter had said so i went to make sure all my T's were where they should be. I could see all my T's apart from one which was my mature male H.Incei but this was normal
as he is out of sight most of the time. So again didnt think anything of it but i was checking his enclosure every few hours to see if he was out.
I was starting to think this wasnt normal now after about 24 hours without seeing him.
so i took out his enclosure from the exo terra 12x12 tank i have him kept in and found this! 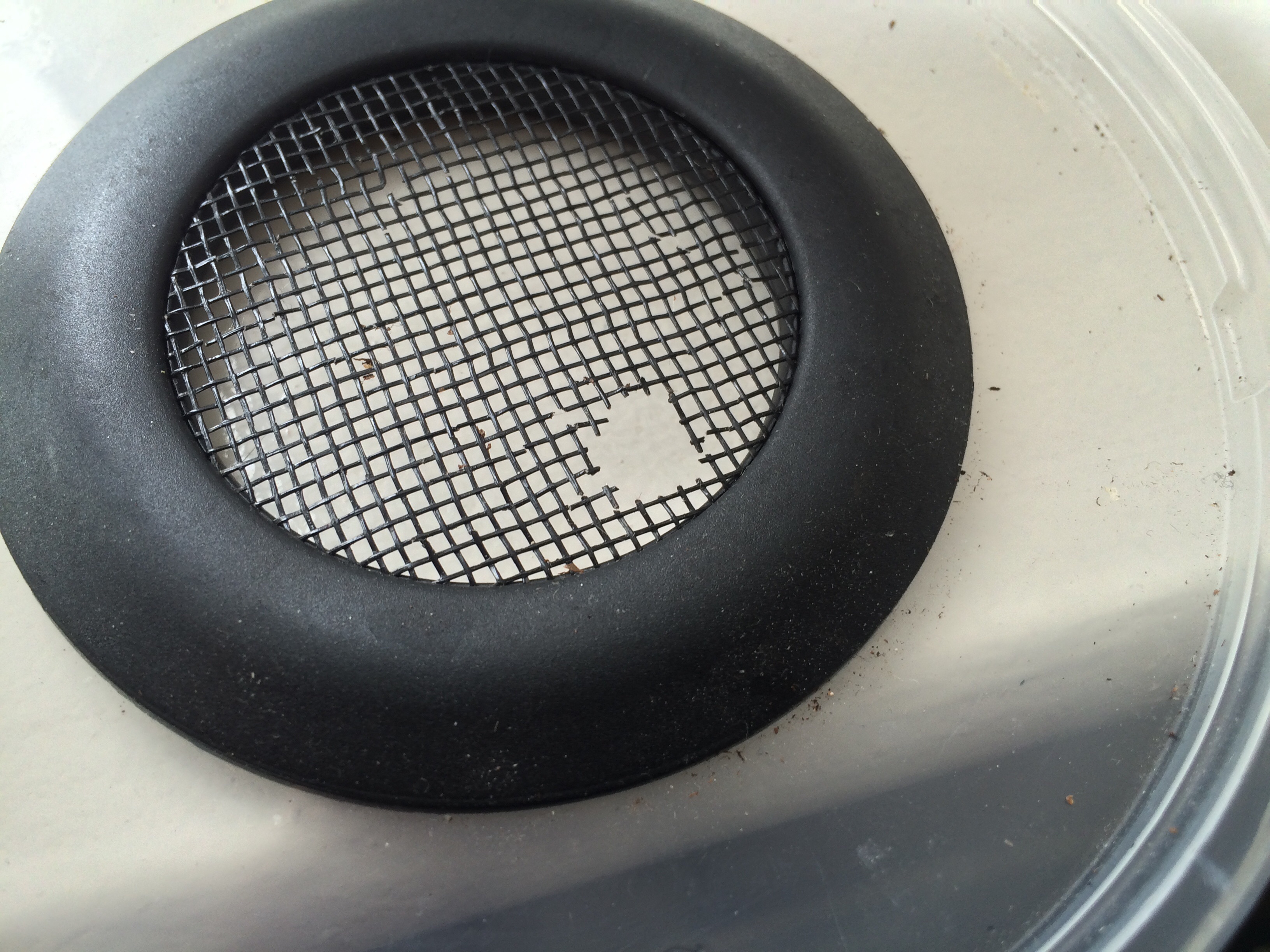 After finding this is the lid I started to look inside the 12x12 tank. And came across some poop on the inside of the glass! And also I hadn't closed off all the cable holes at the rear of the tank. After seeing this I knew I had a T on the loose!..
I didn't look for the T but I was concern as it was cooler in the house than his tank.
So anyway I was sat watching BGT last night and something caught my eye and I knew and soon as I turn round I would see him. So I turned round and here was my mature male about 2 foot away from me walking up the curtains.
With him being that close I slowly moved away off the sofa and grabbed another deli cup I had ready.

So the moral of this story is close off the cable holes in the rear of your exo tanks lol.
Last edited: May 31, 2015

1,000+ Post Club
Oh no, I hope you find him.
I heard about T's biting through mesh, but didn't think a small one like an H. Incei could do it. At least it's not something like an H. Mac or OBT on the loose.

1,000+ Post Club
I think his not happy with me
Tempted to get him a girlfriend lol. 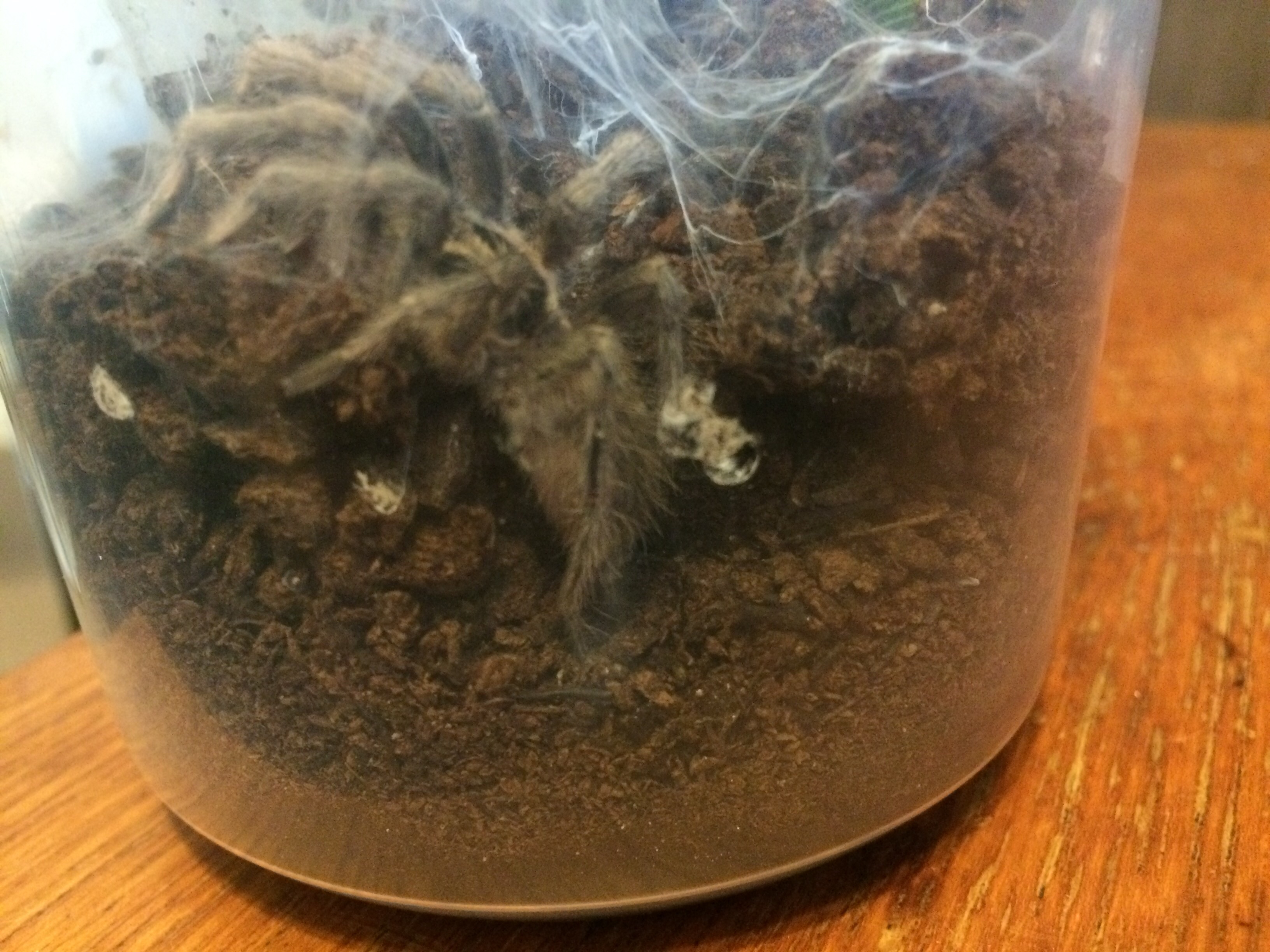 Staff member
1,000+ Post Club
3 Year Member
Tarantula Club Member
I learnt to close those vents when I kept snakes in them lol. Glad you found him. My LPs both chewed through the vents but I have also seen crickets having a go at them. I now keep spare mesh so I can replace it if necessary.

1,000+ Post Club
@Enn49 . Morning . I have a few of those deli style cups so plenty of lids
I'm very surprised he fit .
Time to power feed my H.Pulchripes I think lol .

Oh wow, I would of freaked until i found him lol glad he is found

1,000+ Post Club
@KimmyxTx . I wasn't freaked out at all I knew he was loose and it was only a matter of time before he came out for a walk around the living room. I feel abit guilty I don't have a female for him. I do have another H.Incei but not sure what sex it is yet but slightly smaller than the mature male. I think I might lose him before she is mature if a she lol ..
Didn't take much to catch him last night.
I'm going to change some of my enclosures I think ..

1,000+ Post Club
3 Year Member
I had an H.maculata escape one time. It was missing for nearly a month before I found it.

1,000+ Post Club
3 Year Member
That pic of the lid is one of the most horrifying things I have seen in a long time!

Chubbs said:
I had an H.maculata escape one time. It was missing for nearly a month before I found it.
Click to expand...