1,000+ Post Club
I thought I'd share some pictures of my scorpions in the one thread and include some notes on the species and their care.

1,000+ Post Club
My pair of Urodacus elongatus, the Flinders Ranges Scorpion. The male is the one coming out from underneath the rock. I only just got him a few weeks ago, and since he has made his burrow, or scrape under the rock he rarely comes all the way out, so unfortunately I don't have a picture of his elongated 'tail' for which the species is named. The female was one of the first scorpions I acquired, I've had her about 5 years, she rarely goes into a hide and has not burrowed to extend it at all. Both are kept in tanks with a false bottom where there is a layer of straight coir peat directly above the stones (scoria) topped with a layer of straight sand. The sand is kept dry on top and the peat layer is kept moist but not wet. The polished stones attract condensation and always appear wet even though water is not added to the surface, the female in particular spends a lot of time standing on them and/or drinking the droplets off of them. 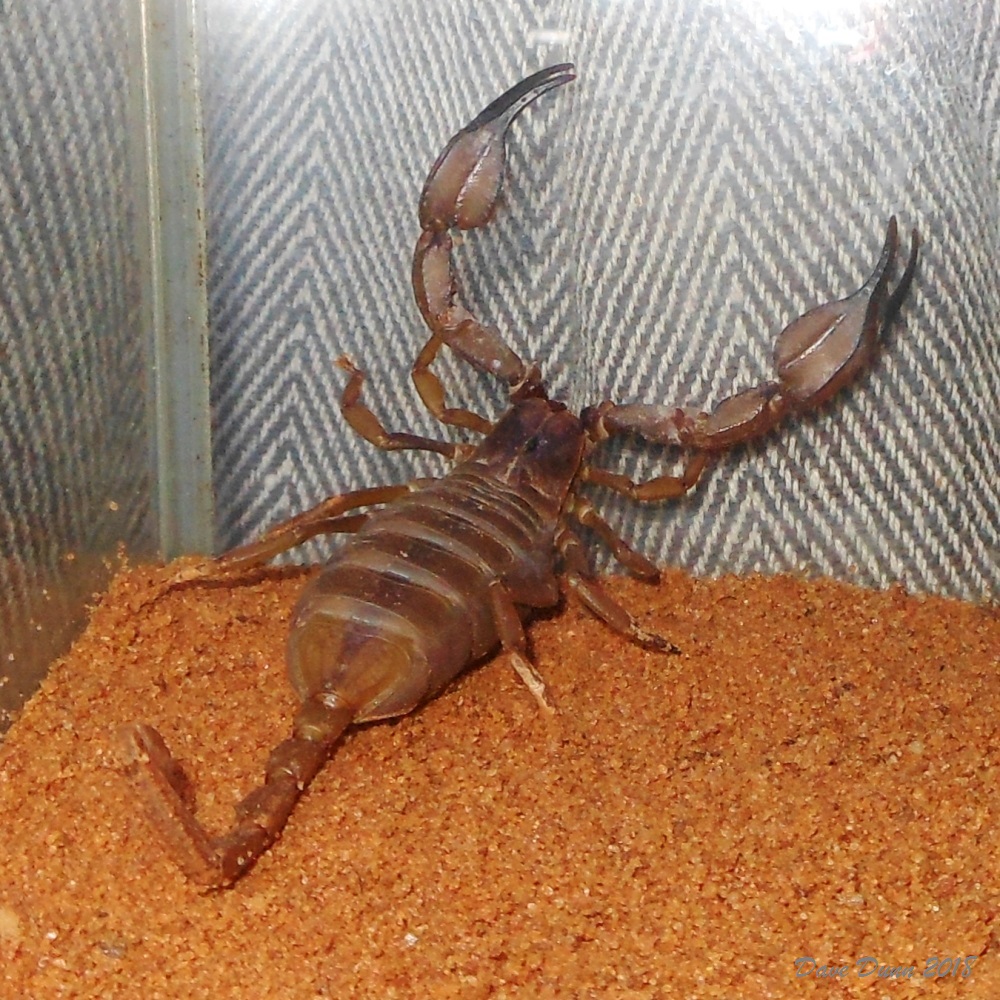 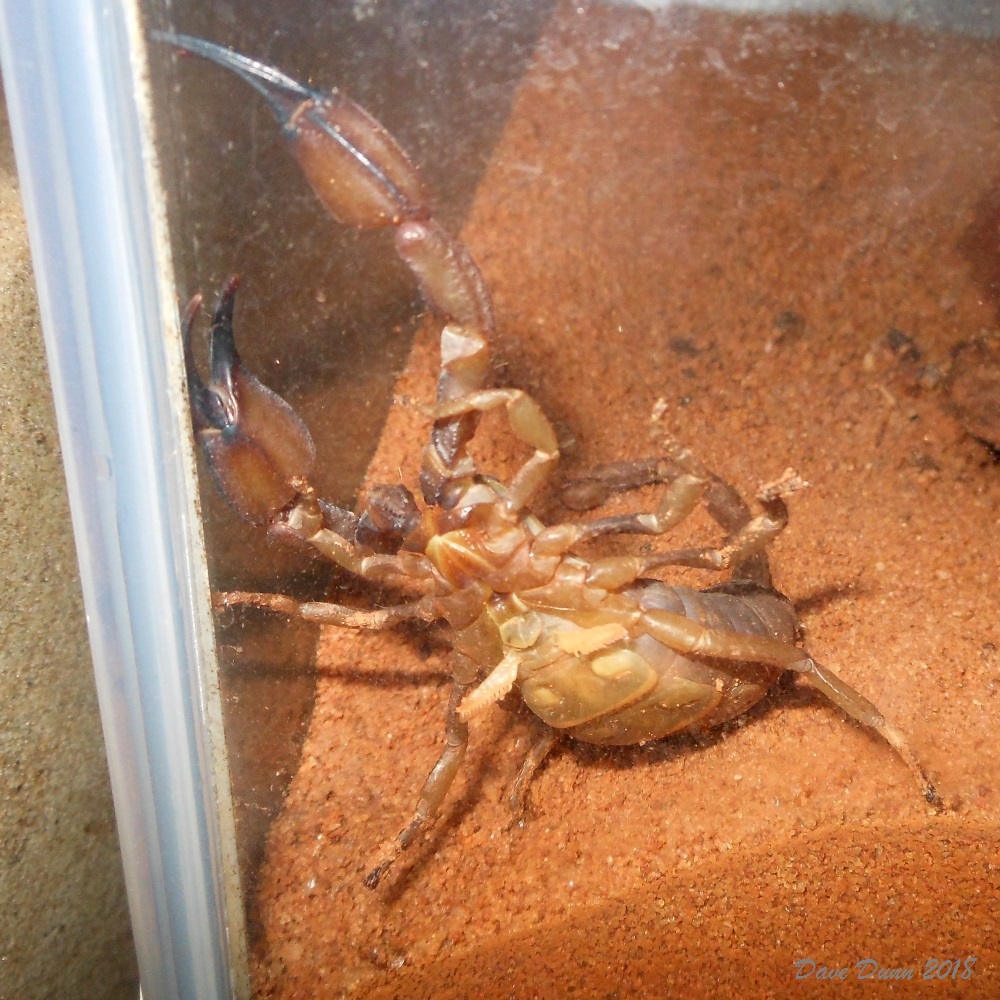 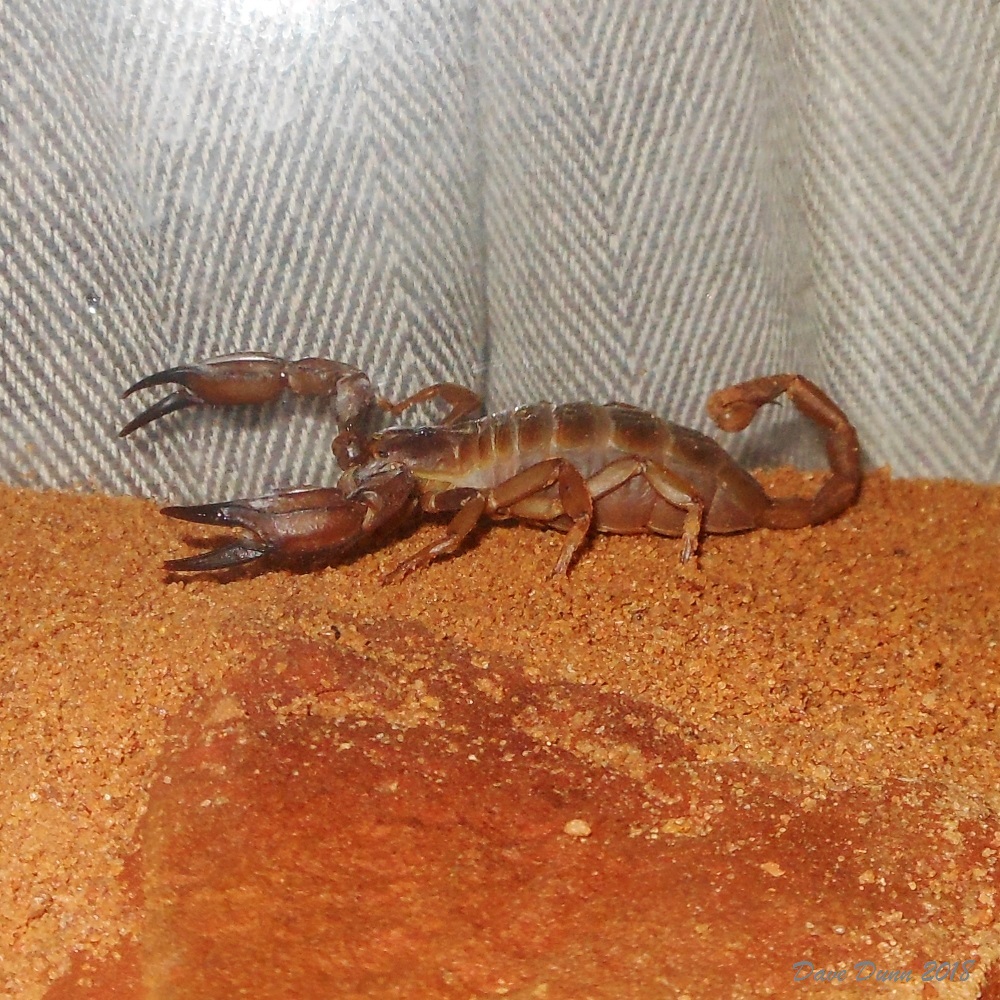 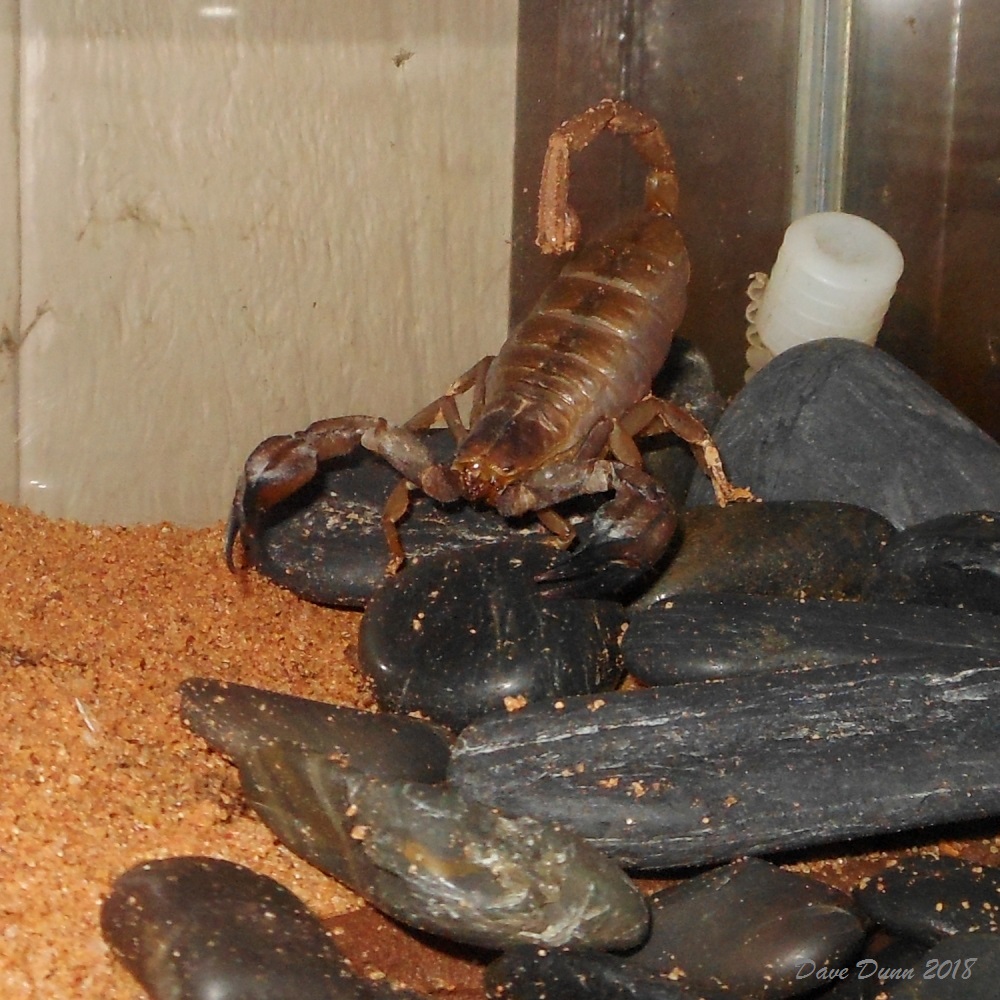 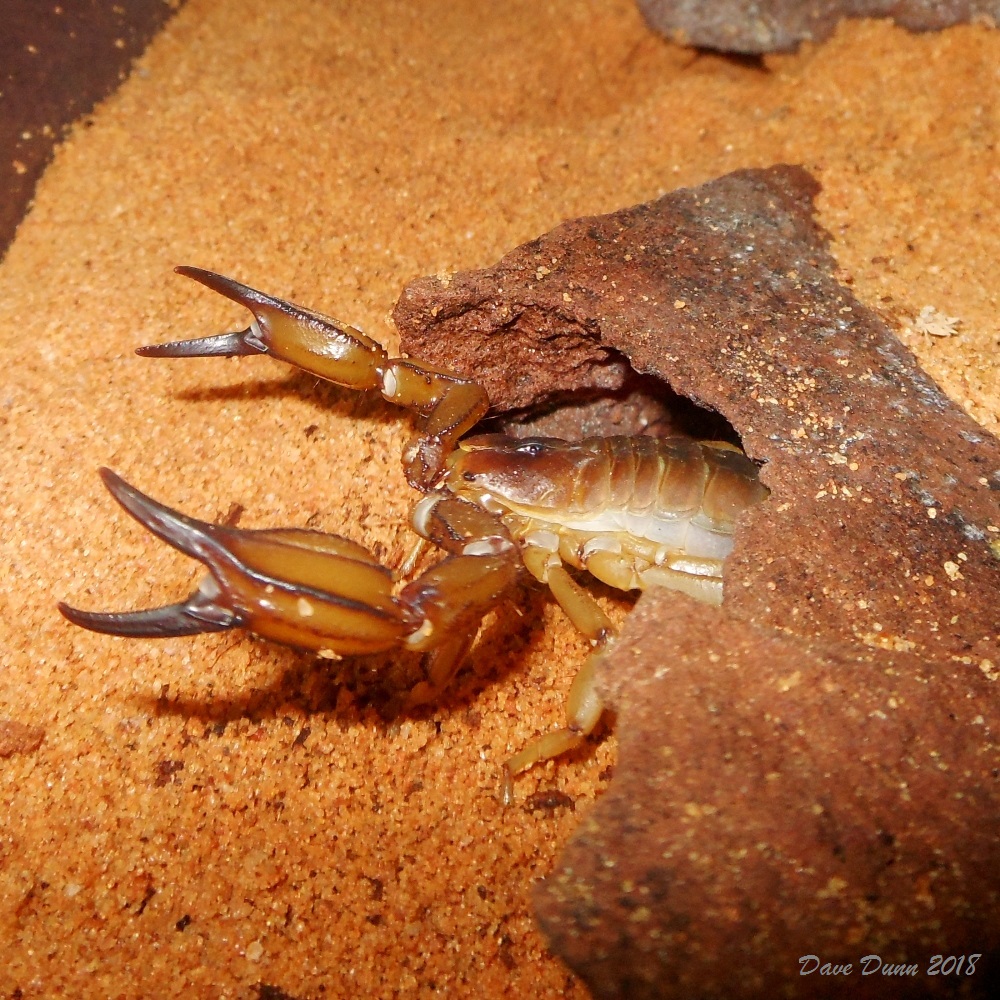 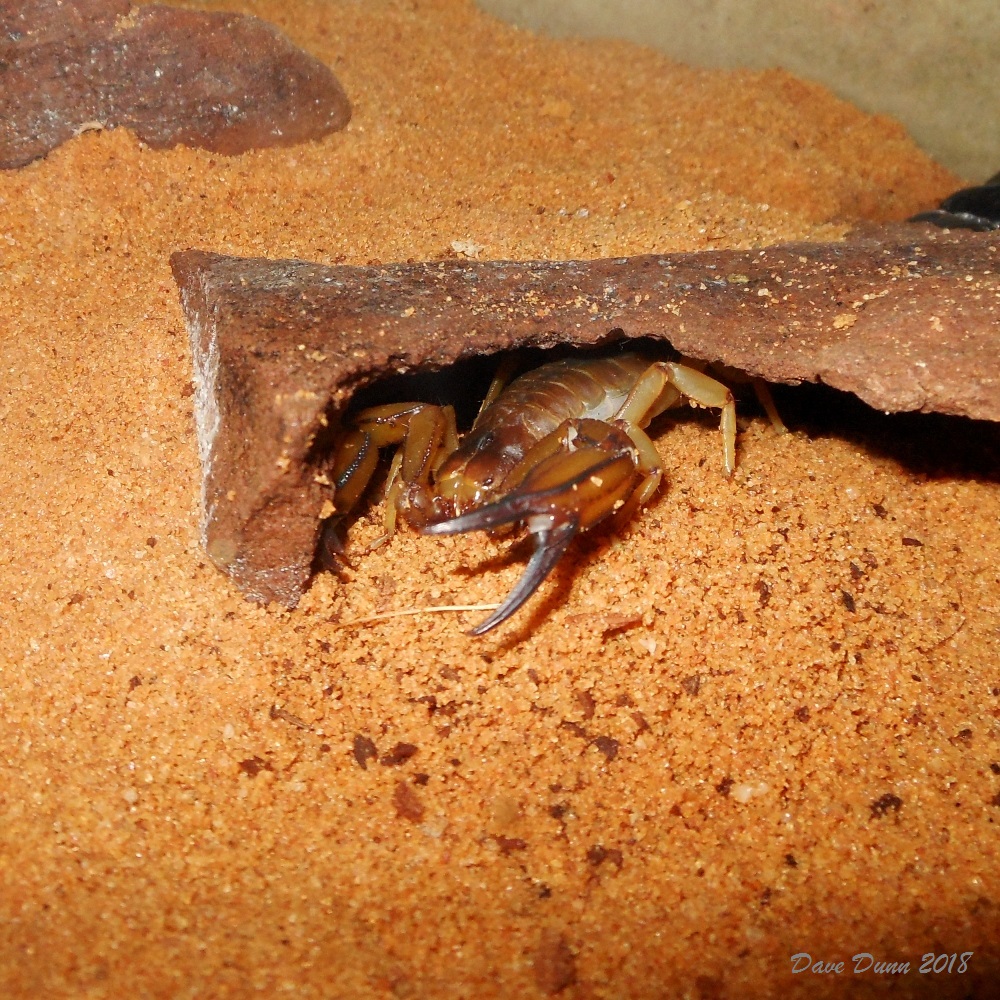 I should be clear, they are not kept in the same tank but they are in very similar setups.

1,000+ Post Club
Black Rock Scorpions, Urodacus manicatus. Black Rocks come from moist environments in temperate climates, they are scrape dwellers,living under rocks or logs mostly. They are more mycosis resistant than most other Australian scorpions and are easy to keep in captivity because of this, as long as there is moisture in their scrape they will be fine, a gradient is always best, either by adding water to one end of the enclosure, having a false bottom, or both, but the substrate should not be allowed to dry out as they desiccate easily.

MassExodus said:
Beautiful! Nice pics, and nice to see some of the more friendly Australian creatures
Click to expand...

These are actually pretty docile, as are the Flinders Ranges scorps. Personally I don't handle my inverts, but both those species are the ones commonly handled on TV and in demonstrations.

1,000+ Post Club
A second instar Black Rock, they should be ready to moult before too long. 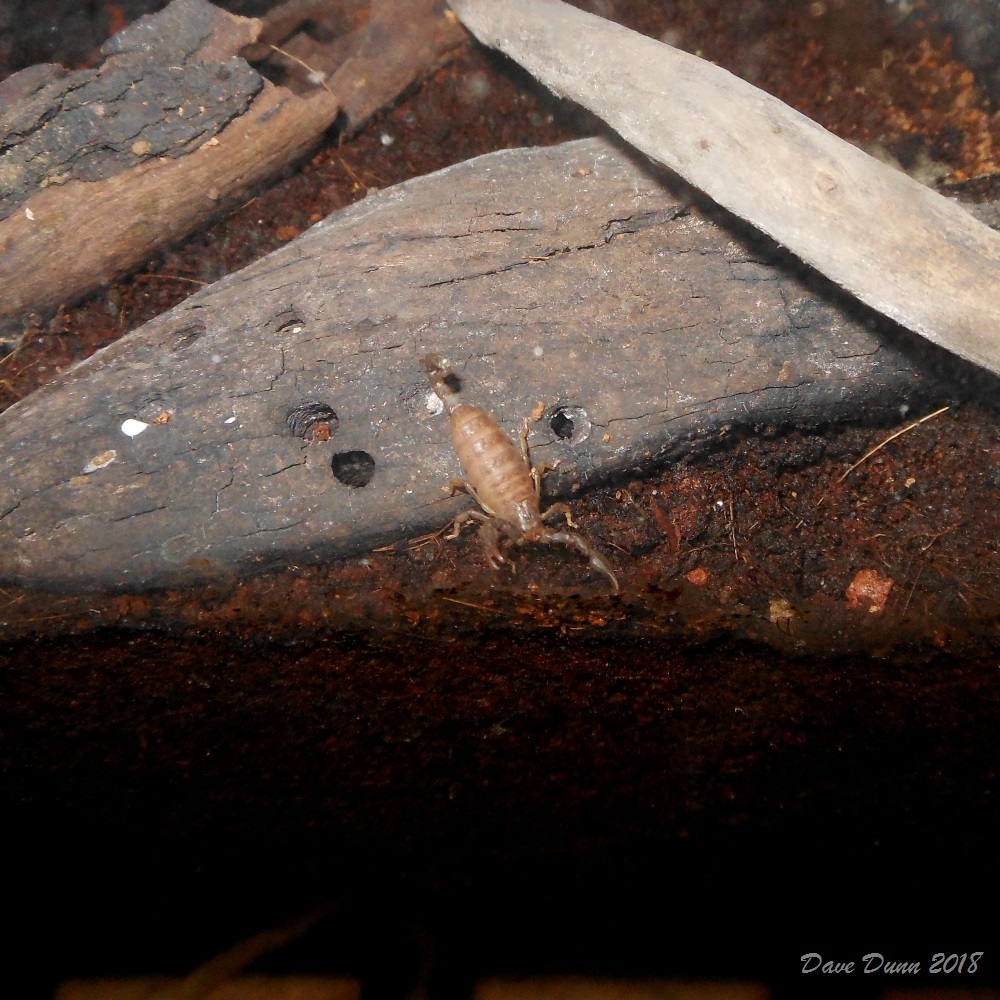 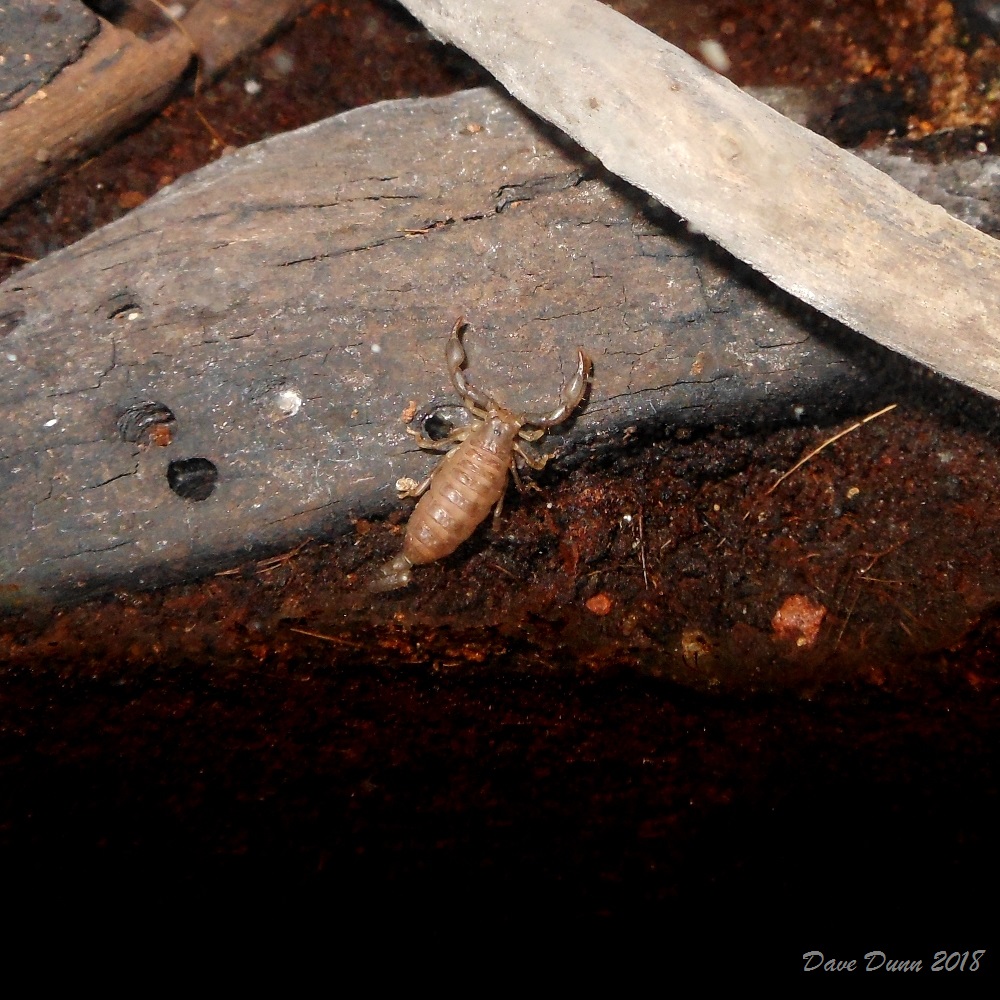