I've been working with Artema atlanta for a while, now, and observations of both captive and wild in-situ behavior have resulted in rather surprising discoveries not mentioned in scientific literature!

A while back i visited an outhouse in a wilderness area with a large colony of these spiders and have discovered they may actually be semisocial. I had observed a large group of Artema in a tight cluster of varying ages- from adults to small juveniles. Only mature males were absent, though immature males were present. All mature males observed were wandering alone for isolated females. Cannibalism was not observed- they would chase one-another but halted their attacks the moment they would touch one-another.

I also got a chance to observe brood behavior- thanks to a gravid female that gave me viable eggs. spiderlings appear to be happier when they are in body-contact with other slings, it's common to see them resting in pairs, but the remarkable finding was the spiderlings' cooperatively hunting of larger prey- similar to the behavior of the social lynx spider genus Tapinillus.

I had attempted to cull some to make them more manageable by starving them but this took several months- and in addition it appeared they only cannibalized upon the already deceased siblings. The adult female did not attack her slings at all.

It appears that the first meal of an artema upon hatching is a Latrodectus or steatoda/asagena hatchling- unlike other pholcidae in which their siblings are usually their first prey item.

Gravid females break away from the groups and seek a mature female Latrodectus guarding her brood. This species is a specialist of Latrodectus- in their native habitat the species L. tridecimaguttatus (mediterranean widow) is likely their staple prey, very similar in behavior to L. hesperus in both web behavior and habitat. Because latrodectus will readily adopt an abandoned widow web, it also has the benefit of attracting new adult female latrodectus directly to the gravid female Artema. Without L. hesperus, this species appears incapable of establishing in the USA, with the exception of areas infested with the adventive Latrodectus geometricus (brown widow).

It appears that Artema atlanta could be an effective biocontrol of L. geometricus in urban areas, which has become a severe nuisance for southern californians whilst having the benefit of not endangering wild populations of L. hesperus in wilderness areas, as much like geometricus, Artema atlanta does not appear capable of establishing away from human structures. 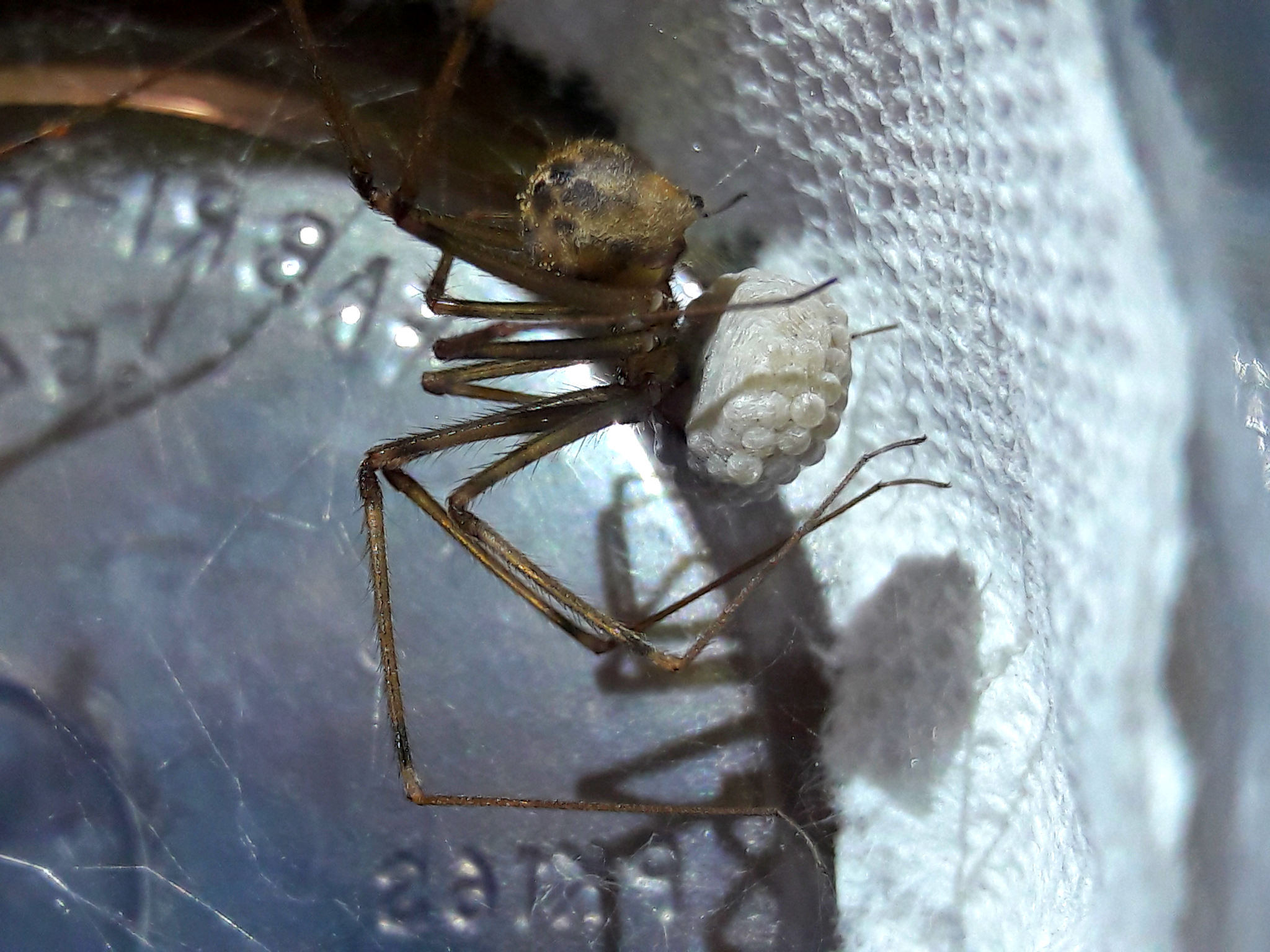 I found dead Cellar spider in my bathroom in Mobile Alabama.
M

arachbiodude said:
I found dead Cellar spider in my bathroom in Mobile Alabama.
Click to expand...