I recently acquired a quarter inch pumkin patch sling. I guess the only question I have is how moist should the substrate be? I have 15 tarantulas and several slings, just never dealt with one this small. 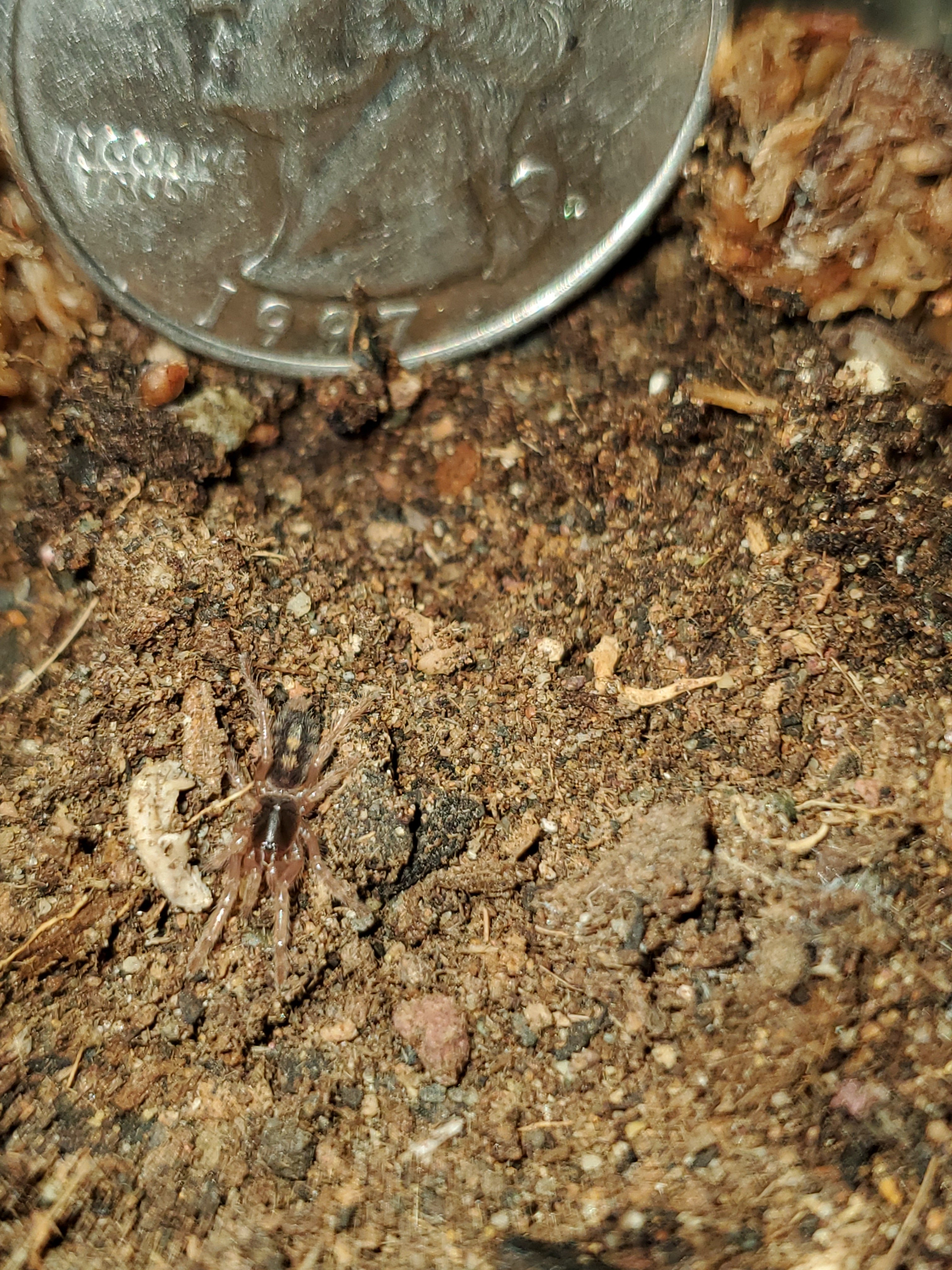 1,000+ Post Club
Premium Member
I keep just one side moist for these guys...usually I have a little moss on that side as well so the can have a drink.

Awesome. sounds like I'm on the right track then. Thank you

Ow what a big one
I have 2 Hapalopus spec.Colombia "big". One is already a few years. I keep one side moist and indeed have some spagnum mos. I have fake plants so it can web.
The small one is VERY small. And than I have an even smaller Hapalopus triseriatus. Those 2 are in a very small container and I have a little peace of spagnum moss so they can hide. Mine never dug a hole so the spgamnum is for hiding and keep a bit moist.

Thanks for the reply. very helpful. it is currently hiding under a small piece of cork bark and I do have a chunk of wet spagmam moss for it to drink from. Also eating fruit flies and prekilled crickets. Feeling much more confident. thanks again

It will molt often but don't grow much
My girlfrined love this species ...

I have a corkbark but he's not under their. He webbed from corkbark/mos to fake plants and created his own little hide. He loves food btw but they bolt out quick if disturbed. Rather then go in hiding they go outside. it happend during rehouse and twice while giving water

Premium Member
Oh I love this species! Houdini is such a sweet baby. Fast too.

Like everyone has said, moss, cork bark I would put off until he's bigger, I put in a small tattoo ink cap in his enclosure for water and then used a bottle cap for when he got a bit bigger. He grew pretty fast. I kept him in a container the maggots came in from the fishing store due to the tight seal around the edges. Before that, he'd escape. They are escape artists at that size so I wouldn't use a normal deli cup that most keep their slings in.